As the battle for Mosul rages for a second day, speculation is rife among Iraq watchers over how long the fighting will continue before the Iraqi army and Peshmerga forces, supported by a US-led coalition, wrest control of the city declared as the de facto Iraqi capital of the Islamic State of Iraq and the Levant (ISIL) group’s “caliphate” in 2014.

Falah Mustafa Bakir, the foreign affairs minister of Iraq’s Kurdistan Regional Government (KRG), told Al Jazeera that the fighting could go on for months, depending on the morale of ISIL fighters. But he stressed the importance of coming up with a post-ISIL governance plan for Nineveh, which he describes as “unlike any of the other provinces” due to the multi-ethnic and multi-faith aspect of its population.

Al Jazeera: How long do you expect the military operation will go on?

Falah Mustafa Bakir: This is an important operation. It started successfully. The first day went very well and now we are on the second day. Military operations went well, according to an agreed plan between Erbil, Baghdad and the coalition.

This will be an important undertaking to eliminate ISIL from where they declared their caliphate. They will try different methods. It may take weeks, it may take months, but it will become clearer as we get closer to the city. There are four active fronts. Some areas are at about over a dozen kilometers from the city, and others at about 40 kilometers. There are villages to be cleared in preparation for the final assault on the city. The point is this is the final chapter in fighting ISIL in Iraq.

Al Jazeera: What kind of post-battle arrangement has been made among the coalition’s participants over the city? The Peshmerga are playing an important role in this campaign. Will the city go under Baghdad or Erbil jurisdiction?

We have made it clear to all concerned in Baghdad and our international partners in the coalition, we have to prepare the ground for the post-ISIL era.

Bakir: As for the post-ISIL governance of Mosul, we have made it clear to all the concerned parties in Baghdad and our international partners in the coalition, that we have to agree on a political arrangement for the post-ISIL era to ensure stability.

Nineveh Province is diverse; it is unlike any of the other provinces. There are Turkmen, Arabs, Kurds, Christians, Muslims, Yazidis, Shia, Sunnis, Chaldeans … It is mixed ethnically and sectarian-wise. We have to address this issue and the root causes of the problems and take steps to build confidence and put in motion some measures of reconciliation so that these communities feel assured of their future.

The good thing is that during Kurdistan Region President Massoud Barzani’s visit to Baghdad in September, he and Prime Minister Haider al-Abadi agreed on forming a high-level political committee to work together to coordinate on the military front. I believe that through this committee, we will be able to address the issues, and Nineveh Province will have its own structure.

It’s not about being under Erbil or Baghdad. It is an Iraqi city and not under the KRG, but it is adjacent to the KRG region, so we need a clear understanding.

Al Jazeera: There is an ongoing dispute between Baghdad and Ankara over Mosul. KRG President Massoud Barzani has asked both sides to find a middle ground. Is the KRG involved in mediation efforts to bridge the gap? And what are the outstanding issues in this dispute?

We are grateful to the US-led coalition that is supporting our forces. What we need is to de-escalate the tensions. We do not want tension. We want the governments of Baghdad and Ankara to talk to each other, and have a clear understanding and agreement. If there is any role for the KRG to play, we will play it.

The dispute is about the presence of Turkish troops in Bashik and their participation in the Mosul campaign. Both governments can address these issues in a peaceful manner.

Al Jazeera: The battle of Mosul is expected to result in a massive influx of internally displaced people (IDPs) to the Kurdistan region. What plans are in place to deal with this crisis?

Bakir: It is a major concern, and we have been worried about this, and we have alerted our partners in the international community about this. We in the KRG and the UN have been working together for the last several months, and recently we have also been engaged with the Iraqi central government represented by the Ministry of Migration and Displacement.

The KRG cannot any more provide what it provided a few years ago to Syrian refugees and Iraqi IDPs. As a result of having our budget cut off from Baghdad, we have faced economic problems, in addition to being engaged in this costly and bloody war for over two years now and hosting almost two million IDPs and refugees. And with the drop in oil prices, it has made it impossible to deal with more.

The KRG will keep its doors open for these people to come, and we will provide safety and security, but we are relying on international agencies to provide food and non-food items.

Because this is a humanitarian situation, we would be more than happy to welcome them, but beyond that we don’t have the financial resources at our disposal to do more.

We have had a 30 percent increase in our population, we are behind in paying the salaries of civil servants and our Peshmergas. Some 3,800 projects have stopped. The growth rate has stopped. These are economic indicators that we need the international community to focus on. We are issuing an urgent call to our partners in the international community to help us so we can help them as well.

Those who have lived under ISIL come with baggage. Some have been recruited, therefore we have to be able to distinguish between real and genuine IDPs and those who come in disguised as IDPs.

Al Jazeera: With the battle for Mosul described as a decisive one in the war against ISIL, there is again speculation over what the Kurds expect in return for their contribution to this campaign over the last few years. Is independence still on the cards?

Bakir: Having talked about IDPs coming in, we have a security concern. Those who have lived under ISIL come with baggage. Some have been recruited, therefore we have to be able to distinguish between real and genuine IDPs and those who come in disguised as IDPs. We need a proper vetting and screening process so that international and human rights are respected so that women and children will not become victims.

We have a stake in Mosul. Mosul is important and has a direct impact on Erbil and Dohuk, and the KRG as a whole, in terms of security, the economy, a social impact; therefore, we need to be there.

So we are glad that our Peshmergas are participating in this battle, but what we need is safety, security and prosperity. On the other hand, we need a clear understanding of the day after ISIL in Mosul, and the government of Mosul post-ISIL.

That is why when KRG President Massoud Barzani was in Baghdad at the end of September, they discussed the need for a joint committee to discuss future relations between Erbil and Baghdad.

This issue of the [Kurdish] right to self-determination and the future of Erbil and Baghdad ties were discussed openly, and it was agreed that both sides would sit together to revisit the situation and see what is possible and what we can do to avoid any problems. So independence is still on the cards. 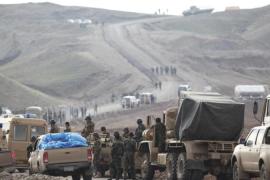 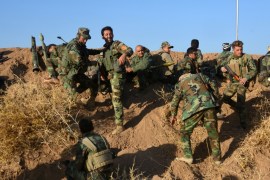 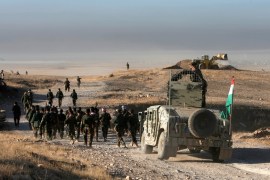