Russian military jets have carried out air strikes in Syria for the first time, the defence ministry has said.

US Secretary of State John Kerry complained to his Russian counterpart Sergei Lavrov after the strikes.

Speaking on condition of anonymity, the official said Kerry told Lavrov that the Russian move “runs counter to their stated efforts of deconfliction and is not helpful to that effort.”

Lavrov later told the UN Security Council that his country was “ready to forge standing channels of communication to ensure a maximally effective fight against terrorist groups” with the US and other countries.

Earlier on Wednesday, Russia’s upper house of parliament granted President Vladimir Putin authorisation to deploy the country’s air force to Syria, according to the head of presidential administration.

“The operation’s military goal is exclusively air support of the Syrian armed forces in their fight against ISIL,” he said.

Speaking on Talk to Al Jazeera, Mogherini said Russia’s foreign minister told her his country wanted to prevent the collapse of the Syrian state.

In another development, a Russian media report said that some Russian military contractors are being sent to Syria without their consent. 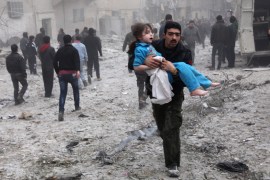 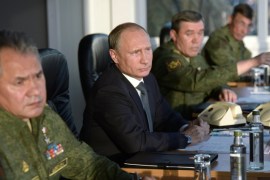 Putin’s request to upper house came two days after he called for international teamwork in fight against ISIL in Syria. 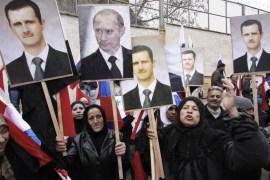