For Syrian Kurds, the battle for Kobane has been a pivotal part of their country’s five-year-old civil war.

Seized by fighters with the Islamic State of Iraq and the Levant (ISIL, also known as ISIS) in 2014, the northern town of Kobane was reclaimed by Kurdish fighters last year – only to have ISIL launch a fresh attack in the summer of 2015. Thousands of people who fled from Kobane into neighbouring Turkey have since returned home, as the town has struggled to rebuild its damaged infrastructure and social institutions.

In March, Kurdish groups declared an autonomous federal region in northern Syria, including Kobane – a move that has raised tensions with Turkey. The Kobane border crossing has been largely closed on the Turkish side, opening only a couple of days a week to allow Syrians to return home. 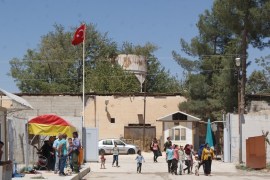 Thousands of residents have returned to Kobane after fleeing ISIL one year ago, but their future remains uncertain. 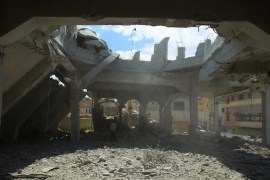 Over a dozen reportedly killed in strikes hours after ceasefire extended in nearby Aleppo.