Glasgow, United Kingdom – He met his death from ill health at a high-security psychiatric hospital in northwest England where he had been detained for the past three decades.

The passing of Ian Brady, 79, on May 15 signalled not only the end of a life, but the end of a grim chapter in modern British history.

Brady had been in jail since 1966, when he was given life in prison for the torture and murder of three children – 12-year-old John Kilbride, 10-year-old Lesley Ann Downey and 17-year-old Edward Evans. They were crimes that saw his accomplice and girlfriend Myra Hindley also jailed for life. In 1985, the Glasgow-born killer admitted to the murders of a further two children – 16-year-old Pauline Reade and 12-year-old Keith Bennett, whose remains have not yet been found.

The child killings, which saw the couple bury the bodies of four of their victims on Saddleworth Moor, Greater Manchester, England, have gone down in British criminal history as the Moors Murders. Brady refused to reveal the location of Bennett – having buried him somewhere on the moor – and took his secret to the grave. Despite Hindley’s death in prison in 2002, the Greater Manchester Police’s cold case unit said they would never close the case concerning Bennett’s whereabouts.

“My immediate thoughts and feelings were of the madness of the media frenzy and the possible bittersweet mix of joy and pain from the victim’s families and relations that would be created and ensue upon this evil psychopath’s death,” says Darren Rae, a freelance investigator who has spent 17 years trying to find the body of Bennett.

“Pure joy at the death of the man responsible for the brutal, utter decimation of so many innocent lives and then the inevitable return of the unbearable pain that no parent, family member or friend should ever have to bear.”

For more than 50 years the Moors Murders have angered and intrigued the British people in almost equal measure. Hindley’s shock of peroxide blonde hair and sullen face staring out from her infamous police mugshot became, for many, the face of evil itself.

An avid letter writer who communicated widely with many correspondents, Brady had been on successive hunger strikes since 1999. He demanded to be allowed to die but was force-fed as he was labelled mentally ill by the authorities. While Hindley and Brady are no more, their legacy lives on.

“The nature of the crimes – given the context of the 1960s – in that it involved photographs and recordings … really, really was shocking,” says Tom Clark, a sociologist at the University of Sheffield.

Clark, who is writing a book titled The Sociology of Evil, due for publication next year, says the case “also happened just after the repeal of the death penalty – and was the first real test of what we were going to do once we had got rid of capital punishment”.

“So the case of Brady and Hindley is, in some ways, the story of what Britain is going to do with its serious criminals who previously would have probably met the hangman’s noose.”

Before the Moors Murders the UK had had other serial killers. John Christie, for instance, was executed in 1953 for the murders of at least eight women in London; Peter Manuel was put to death for a spate of murders in Scotland five years later. But, for many, the crimes of Hindley and Brady marked the end of an age of innocence.

While the actions of Christie, Manuel et al were still fresh in the memory, and while the nation itself had experienced the horrors of two world wars, the Moors Murders presented the 20th-century British public with a social outrage that few had before imagined.

David Holmes, a senior lecturer in psychology at Manchester Metropolitan University, says the fact the victims were all children and that Hindley – as a woman – was actively involved in their deaths were twin factors that incensed the British public.

“But you’ve also got to remember that this was the time of celebrity,” says Holmes, author of Abnormal Clinical and Forensic Psychology. “It was the beginning of mass media permeating the public … and it was the era of the new pop stars and the era of instant celebrity … That almost Nazi-looking photograph of Hindley became iconic.”

Indeed, the police mugshots of both figures – together with other images taken before their arrest – gives the pair a certain grim allure that has remained a constant across the decades, Holmes tells Al Jazeera.

“The fact that they will always remain in black and white also makes them stand out against, say, the Wests, who seemed to be more of a modern phenomena,” he adds, referring to the English couple, Fred and Rosemary West, who jointly killed at least nine young women during the 1970s and 1980s.

Keith Bennett’s mother, who died in 2012, had long hoped that the remains of her son would be discovered before her death. Yet, for many, there seems little chance – not least given Brady’s passing – that anything connected with the Bennett boy can ever be unearthed on the vast, ever-changing landscape of Saddleworth Moor. But some, including Darren Rae, contend otherwise. The investigator’s book on the decades-old case, Finding Keith? The Definitive Investigation into the Moors Murders Case, is due for publication this year.

“The reason why I am so sure I can find the remains of Keith Bennett is simply based on my work to date,” says Rae, who is currently trying to construct a missing persons organisation, the International Missing Persons Search And Rescue.

“In the 17 years of research, investigation, field work, I have made several very significant and important discoveries … All of my evidence has been found in a small, localised area of Saddleworth Moor ….”

For a lot of Britons – particularly those who can recall the events of the 1960s – Brady’s demise brings the curtain down on the Moors Murders. But other than the ongoing speculation surrounding the whereabouts of Bennett, the killings – and the actions of Hindley and Brady, who remained manipulative to the last – should never be forgotten, says Clark. He states that in recalling the case, “it tells us something about how we want society to be.

“This case was an absolute aberration of what we think a good society should be,” the sociologist explains. “And the fact that we revisit it so many times provides us with a benchmark about what kind of society we are interested in creating – and this case is a clear example of what we must absolutely avoid and what we don’t want to happen.” 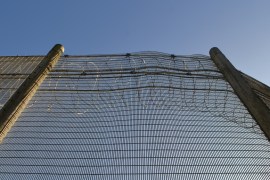 Death in detention: Suicide attempts soar in the UK

Some 393 refugees and migrants locked up tried to take their lives in 2015 – a record-high average of one a day. 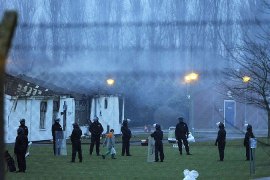 Convicted ‘terrorists’ and so-called ‘radicals’ in Britain to be moved to a special unit, separated from other inmates.