On Tuesday, Google celebrated the life and legacy of one of Latin America music’s most recognised stars, Selena Quintanilla.

Better known as the “Queen of Tejano (Tex-Mex) music”, Google commemorated the debut of her first official album Selena, released on October 17, 1989. Selena recorded five more albums, the last of which was released posthumously, becoming No 1 on the Billboard 200, in 1995.

Selena recorded her first song in Spanish when she was eight years old and started a band at the age of nine. Her brother AB, became her primary record producer and songwriter for most of her musical career.

In 1989, she signed a contract with recording company EMI. Her album Selena Live! won Best Mexican-American Album and her 1994 album Amor Prohibido, was nominated for another Grammy.

Billboard named her the top-selling Latin artist of the 1990s, while her image inspired MAC cosmetics in 2016 to launch the best-selling celebrity collection in cosmetics history.

Media outlets often referred to her as the “Tejano Madonna” due to her style. She is also known as one of the most influential artists of all-time and credited for bringing the Tex-Mex genre into the mainstream.

Selena was also active in her community and known for always being working with civic causes.

On March 31, 1995, she was shot dead by Yolanda Saldivar, her friend and former president of her fan club and clothing boutique manager. Although Saldivar claimed the gun “accidentally went off”, she was sentenced to life in prison with a possible parole after 30 years.

For some, Selena has become a source of inspiration for immigrant and bicultural communities. She forged a connection with many by embracing her cultural heritage.

In 1997, Warner Bros released Selena, a film about her life and career, which starred pop star Jennifer Lopez and Lupe Ontiveros.

As of 2016, Selena had sold over 60 million albums worldwide.

Selena was born in Lake Jackson, Texas. Her father, Abraham Quintanilla, was an American singer-songwriter and record producer.

She was nine when her father founded the singing group Selena y Los Dinos with her brothers. They initially performed at the family’s restaurant, “Papa Gayos”, but the restaurant eventually closed.

The family soon went bankrupt and was evicted from its home, so they continued performing wherever they could.

At the age of 12, Selena recorded her first album for a local record company. The album didn’t sell and her father bought all the original copies.

She continued her education on the road, and at the age of 17, she earned a high school diploma from The American School of Correspondence in Chicago. Selena released her second album, Alpha, in 1986.

After her death, her father was devastated and his family started a charitable organisation that assists children in crisis.

He has been actively involved in the development of albums and documentaries that involve Selena’s life and image. 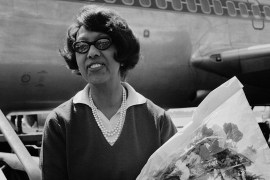 Josephine Baker: The life of an artist and activist

One of the first popular African American performers and later a civil rights activist fought against discrimination. 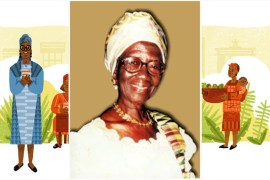 Founder of Nkulenu Industries, Ocloo started her business with less than a dollar and grew into a global inspiration.