In a major shake-up by a newly formed anti-corruption committee, a number of senior ministers have been dismissed and nearly a dozen princes detained in Saudi Arabia.

Saudi authorities have not confirmed the names of those detained.

However, 14 former and current ministers, officials and businessmen were mentioned on social media as being among those held.

Al Jazeera takes a closer look at the profiles of the reportedly detained business moguls.

With a net worth of $17bn, according to Forbes magazine, he is one of the richest men in the world.

In 2008, the 62-year-old dual national of Lebanon and Saudi Arabia was listed on Time magazine’s list of 100 most influential people.

He founded MBC, considered to be the largest private media company in the Middle East and North Africa region, in 1991.

Renowned for changing the face of Arab media, Ibrahim is regularly featured in the Arabian Business top 50 Power List.

In its 26 years of operation, MBC has expanded to a total of 18 TV channels.

He is also the former president of the Saudi Arabian General Investment Authority (SAGIA).

Al-Dabbagh stepped down from public service in 2012 after two four-year terms at SAGIA with a rank of minister.

Al-Dabbagh Group, which was founded in 1962, is a diversified conglomerate with companies in more than 60 countries.

In 2015, al-Dabbagh set up the Philanthropy University to provide free online courses in leadership and management for entrepreneurs seeking to bring about social change.

According to Forbes, Kamel has a net worth of more than $2bn.

He is also the president of Al Baraka, the Islamic banking group, which operates throughout the Middle East, Indonesia and Pakistan.

The incumbent state minister of Saudi Arabia has been in office since November 2016.

Al-Assaf is also a former finance minister and a current member of the board of directors of Saudi oil giant Aramco.

The 68-year-old PhD holder in economics has also held positions at the International Monetary Fund (IMF) and World Bank Group.

He is the owner and largest shareholder of the Jeddah-based construction company Saudi Binladin Group (SBG).

Among its various national and international projects, the company has been involved in the expansion of the Holy Mosque in Mecca, the construction of Jeddah’s King Abdulaziz International Airport, as well as other airports in Cairo, Aden, Doha and Damascus.

Al-Dawish resigned from his post in 2012 after a three-year term.

Before his stint at Saudia, Mulhem also served as the president of the Saudi Telecom Company for five years.

He is currently overseeing the family-owned Dammam-based Khaled A Al-Melhem & Bros Company, which operates the sale of sanitary ware and plumbing materials. 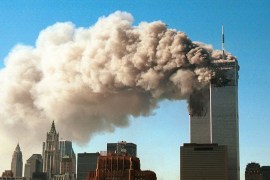 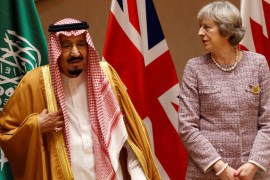