Misbah-ul-Haq has been named Pakistan captain for the upcoming Test series against South Africa in a surprise move by selectors.

Shahid Afridi was retained as skipper for the one-dayers and Twenty20 matches.

Pakistan Cricket Board (PCB) spokesman Nadeem Sarwar confirmed the appointments on Friday and said details would be given later.

The appointment of Misbah is a surprise given he was only recalled to the national team for the one-dayers and T20 against South Africa on Thursday after a gap of six months.

The 36-year-old, who has never captained Pakistan in Test matches, last played in the T20 World Cup in West Indies and his last Test appearance was in January against Australia in Sydney.

His return to the team and appointment as captain is seen as a stop-gap move by the board after the suspension of opener Salman Butt due to spot-fixing allegations.

“But apparently the board chairman has his issues with Younus,” Sohail told the Reuters news agency.

“Misbah is a short-term appointment until the board resolves its dispute with Younus.”

Younus was among seven players banned or fined by the PCB following the team’s poor showing in a tour of Australia.

Former chief selector Iqbal Qasim said he was astonished at the decision to appoint Misbah as captain.

“I am shocked and in future I am not going to talk on Pakistan cricket, the affairs are in a shamble,” Qasim told Reuters.

“How can they continue to ignore Younus when he is available?”

National selectors announced a new-look squad for the two Tests against South Africa by recalling opener Taufeeq Umar for the first time since he played against England in August 2006. 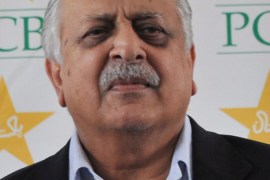 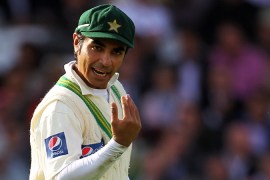