“Pahar Haschey” (The hills are smiling) is the slogan used by West Bengal Chief Minister Mamata Banerjee to describe the peace and prosperity of Darjeeling under her regime. That is a difficult smile to manage given the region’s history of colonisation and poverty, and the current agitation that has been going on for a month.

Violence and repressive governance have been an integral part of the history of the Darjeeling hills in the Eastern Himalayas. Beginning with British colonisation in the early 19th century, this colonial legacy has been continued faithfully by the extractive, neo-colonial political and financial institutions of successive West Bengal governments. Poverty, inequality between Darjeeling and other parts of West Bengal, and repression are some of the forms of violence experienced by the people of the Darjeeling hills every day.

However, a generation of young hill people has grown up in the shadow of a more sinister form of violence that is perpetuated, controlled and used by the state as well as different groups: the homeland movement.

The movement for a separate homeland for the Gorkhas of India is being spearheaded by the Gorkha Janmukti Morcha party (GJM). Since June 8, 2017, the Darjeeling hills have been engulfed in a series of violence and counterviolence – indiscriminate killing of unarmed civilians by the state police, arson by members of different political parties – all of which are obviously denied by the respective groups. As accusations and denials continue, so does the violence. There have been a number of civilian deaths while many more are still smarting from the lacerations caused by the “lathis” (batons) of the West Bengal police. In retaliation, police stations and public property have been set ablaze by homeland supporters.

These latest skirmishes gave rise to a sense of deja vu. Entrenched in the collective memory of Darjeeling hills is the trauma of the homeland agitation of 1986, which brought violence on a scale and intensity that had never been experienced previously. Those who experienced this agitation first-hand still recall painful memories of being terrorised by the police, countless family tragedies, disappearances, extrajudicial killings, arson, inter-party violence and counterviolence.

This agitation concluded in 1988 with the formation of the Darjeeling Gorkha Hill Council (DCHC). The demand for a separate homeland remained latent, only to resurface in 2007 and  in 2011 with the formation of Gorkha Territorial Administration (GTA). But this second administrative set-up also failed to bring lasting peace and prosperity to the region. While both DCHC and GTA were supposed representations of a regional devolution of power, in reality, they were mere tokens of appeasement as every aspect of hill administration was still controlled by Kolkata.

Unfortunately, these recent instances of violence involving local citizens and political leaders have proven that colonial narratives will continue to dictate how the Darjeeling hills and its people are romanticised, governed or repressed.

More than three decades after the two-year long, violent Gorkhaland struggle that began in 1986, in June this year, the state government proposed a law that would make the Bengali language compulsory in the predominantly Nepali-speaking hills. Though withdrawn, this policy of cultural imperialism has been enough of a catalyst to galvanise the local population for another homeland movement.

Although there are layers of local and regional political machinations behind the last wave of protests, the state’s attempt to repress dissent with violence played a crucial role in the latest escalation.

Paranoid about losing territory and resources, the West Bengal government refuses to acknowledge the demand for Gorkhaland as a political issue. It has always viewed homeland movements as law and order problems, which can best be resolved by beating the hill people into submission. This neocolonial attitude, while evident in different policies pertaining to the hills, has been most prominent during the agitations of 1986 and 2007, as it is again in 2017.

On June 15, 2017, a police raid on the house of the GJM leader Bimal Gurung led to the discovery of a cache of items that, according to state authorities, “no peace-minded person would store”. The confiscated items included a “khukuri”, a machete shaped knife used as a domestic implement by the Gorkha, agricultural tools, as well as bows and arrows – items which are common in Himalayan households.

The underlying assumption that justifies labelling these common and culturally significant items as dangerous is the age-old colonial discourse that classifies hill people as inherently irrational, sentimental, and prone to violence. Owing to popular public narratives around bravery, loyalty and sacrifice for India, there is an expectation from the hill community that their contributions will be politically acknowledged through the formation of a separate state. Instead, their agricultural tools, which are apparently a confirmation of violence latent within hill people, are confiscated.

Unfortunately, these recent instances of violence involving local citizens and political leaders have proven that colonial narratives will continue to dictate how the Darjeeling hills and its people are romanticised, governed or repressed. When the stereotypical, docile hill person protests against years of subjugation, status quo must be established through violence.

In India, state violence has become the language of politics for silencing the poor, the lower castes, minorities, and the disenfranchised. In different spaces of such confrontation around the country, state brutality that includes excessive use of force and torture remains constant.

Cycles of state-led violence, ceasefires and counterviolence have established a framework of violence which has penetrated local political institutions and communities and transformed Darjeeling into an exceptional zone.

The tactics of repression that was at its height during the Gorkhaland movement in the 1980s – intimidation, disappearances, threats and harassment – are now visible in their diluted version in local politics in Darjeeling and are once again shaping the political terrain of the region. The hills may not have descended into complete chaos yet, but the fear of violence is affecting everyday decision-making and making it impossible for conflicting parties to reach an agreement for lasting peace.

Regarding the current violence, GJM leader Gurung has said that all the protests so far are a trailer. The real violence is yet to begin. The anxiety continues as the Kolkata High Court has asked for extra security forces to be sent to the hills and the Supreme Court of India have appealed to all citizens for peace.

In a multiethnic space like Darjeeling, where every call for an ethnic homeland stokes fires of interethnic conflict between the Nepali/Gorkha and the Bengali communities, it is important to acknowledge the culture of violence that has become a part of political institutions. To achieve sustainable peace, state actors and local community representatives should have a dialogue bereft of mutual suspicion and they should work towards stemming the culture of violence locally.

In the 1980s, after the Gorkhaland Agreement was signed, the West Bengal state broadcaster started beaming a half-an-hour cultural show called “Nepali Programme” on television every evening at 5:30pm. For Darjeeling to breathe easy, in 2017 the state has to think beyond the tokenism of a 30-minute cultural inclusion on state TV and a smile from the chief minister’s imagination.

Mona Chettri is a Post-Doctoral Research Fellow at Aarhus University, Denmark. She is the author of “Constructing Democracy: Ethnicity and Democracy in the eastern Himalayan Borderland” (Amsterdam University Press, 2017). Her current research focuses on de-facto special economic zones in Sikkim.

Arijit Sen is a human rights researcher. Arijit is a three-time recipient of India’s Ramnath Goenka Award for Excellence in Journalism for his reporting. 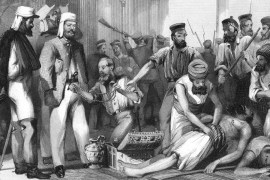 The decolonisation of the mind is among the greatest challenges today’s Indians have to face. 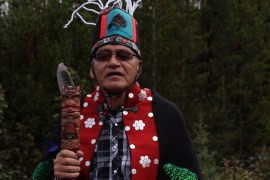 Resistance: Fighting back in India, Canada and Russia

Stories of resistance from Indian toxic gas survivors, a First Nation clan in Canada, and a Russian democracy activist.