Politicians who depict themselves as swashbuckling outsiders have helped the rise of right-wing demagoguery throughout much of the West. It’s the oldest trick in the book, particularly in the US. But the practice isn’t limited to electoral politics, where the goal is to get votes. Today’s insurgent right has extrapolated this tactic into a wider public arena, where discredited figures such as Milo Yiannopoulos et al rail against phantom menaces such as “political correctness” and creeping Sharia.

The flip side of this self-styled “outsiderness” is always a crusading image of the free-speech martyr who’s willing to risk his/her life in defence of Western values, usually by trying to annoy as many Muslims as possible. This one-two punch has worked wonders for many on the right – from Canada’s Mark Steyn to the current king of anti-political correctness, Donald Trump – in the post-9/11 era.

Collectively, the wider Western culture refers to these figures as “provocateurs”. Their Charlie Hebdo-esque escapades and rhetorical offensiveness are referred to as “edgy”. They’re the so-called “gadflies” who act as useful checks on the potentially stagnant mainstream, even when their arguments lack substance.

Their bigotry and racism is usually qualified by the wider liberal culture as simply “provocative” statements that are meant to keep the society on its toes. And even if one doesn’t agree with what they say, it’s still vital to uphold the speaker’s right to say it.

Indeed, all speech that falls short of facilitating specific acts of violence should probably all be tolerated in a free society (reasonable people can disagree on this, surely). “Provocateurs” such as Yiannopoulos and other alt-right blowhards have long been protected under such norms.

But it’s worth examining whether these standards are extended to others who do not make a living by hurling insults at Muslims, women, and black people. It turns out that upon closer examination, it’s (at best) unclear if non-white, non-alt-right pushers of “edgy” ideas also get to be called “provocateurs” who deserve the patience and tolerance of others.

Some hatred is more equal than others

Take this Canadian example: Black Lives Matter Toronto’s co-lead Yusra Khogali, a well-known community and anti-racism activist, has been given an immense amount of grief after someone dug up an old tweet of hers last year expressing frustration when dealing with white people as a BLM activist.

“Plz Allah,” she wrote, “give me strength to not cuss/kill these men and white folks out here today. Plz plz plz.” The entire spectrum of political and media actors then descended upon Khogali with righteous fury to denounce her as an eager advocate for the genocide of white people.

There were no “Maybe she was just frustrated …”; no “The wording was unfortunate, but …”; and no “Couldn’t there be more than one side to the story …” The court of public opinion took about two seconds to decide that there was no need for a trial.

Nor did the public bother calling her a “provocateur”. Nor a “gadfly”. Nor “edgy”. Just racist. Why? Because she’s unquestionably and undeniably a black monster who’s hell-bent on killing white people. No nuance needed. No questions asked. In fact, it’s surprising that she’s not in prison already.

Or take examples from the Muslim context, which are arguably more ubiquitous and pronounced in the post-9/11 climate. Some less-than-intelligent imams have been known to rhetorically step into the realm of Anti-Semitism, often as a function of some sort of comment on Israel or the “Jewish state”, thus lending extra firepower to those who’ve long conflated legitimate criticism of Israeli policies with chomping-at-the-bit-style hatred of Jews.

Or, similarly, take the fringe Muslim preachers whose rhetoric includes the promotion of agenda items such as “fighting the disbelievers”, etc. Some have even been known to go the extra mile to find excuses for terrorist groups and such. But more often than not, these preachers don’t actually pick up guns or bombs themselves.

If a media personality who makes a living from racist insults and unsubstantiated conspiracies can be called a 'provocateur', then why can't the same culture afford to extend even a second of skepticism or possible context toward those who make controversial remarks but aren't white, male, and mouthpieces for the alt-right?

Either way, no one refers to these preachers as “provocateurs”. And no one is silly enough to call them “gadflies” that keep the West on its toes by criticising its foreign policy. Instead, they’re hanged by the press and asked to resign from whatever miserable job they may have (and rightly so).

The politics of privileged hatred

Then there are the Milo Yiannopouloses of this world. Before being ostracised by the right as a proponent of paedophilia, the self-styled “most fabulous supervillain on the Internet” was known to spew the most hateful stuff towards, among other groups, Muslims and women.

Far from being roundly and unanimously denounced by the media (and other centres of power/privilege), Yiannopoulos has routinely been labelled a “provocateur” and was even offered a lucrative book deal by Simon & Schuster (since rescinded, in light of pro-molestation comments).

This, again, is a pattern when it comes to right-wing ideologues and trolls. Take Ezra Levant of Rebel Media, Canada’s Breitbart equivalent. Maclean’s magazine referred to him in 2013 as a “gadfly who loves to offend”.  These days he’s known for inciting fear and paranoia against Muslims. Rebel published a series of videos right after the Quebec city mosque shooting that essentially implied a hidden “mainstream media” conspiracy – possibly to mask some sort of Muslim or Islamist involvement in the massacre. After all, the liberal media is known for hiding the crimes of Muslim terrorists.

Gavin McInnes, a well-known Rebel personality, was recently pardoned by Levant after filming himself in an hour-long anti-Semitic rant while on a trip to Israel. A veteran “provocateur”, McInnes is also known to consistently make racist observations such as  this.

But one would be hard-pressed to find an unambiguous assertion in the mainstream that clearly denounces someone like Levant or McInnes as bigots. They are, to be sure, “provocateurs” and “gadflies”. So where does that leave someone like Yusra Khogali, whose comments have been used to denigrate an entire attempt at racial and social justice, and who has been offered precisely zero amount of open debate?

If a media personality who makes a living from racist insults and unsubstantiated conspiracies can be called a “provocateur”, then why can’t the same culture afford to extend even a second of skepticism or possible context toward those who make controversial remarks but aren’t white, male, and mouthpieces for the alt-right?

Such is the underlying status quo that upholds the social and political framework through which controversy is understood and interpreted. It turns out that people pass judgments not on the basis of the speech but on the basis of the race and gender of the speaker. As long as this is the case, those who aren’t afforded any leeway and fairness in the court of public opinion will refuse to take such a state of affairs seriously.

Steven Zhou is a national security and foreign affairs journalist based in Toronto. He is an associate editor with The Islamic Monthly and a senior contributor on national security issues to CBC News online. His writings have appeared on Buzzfeed, Salon, Quartz, and the Globe and Mail, among other outlets. 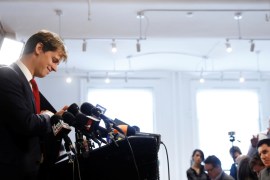 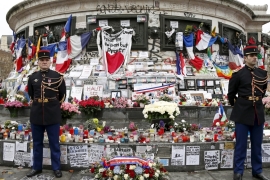 The Stephen Harper doctrine: With me or against me?