Approximately 150 heads of state have descended on a northern suburb of Paris for the 21st United Nations Conference of the Parties, known as COP 21. Their goal? To try and agree a global, legally binding deal to reduce greenhouse gas emissions to a level that will avoid global average temperature change from exceeding 2C.

If successful, the agreement will kick in from 2020. And if it manages to curb greenhouse gas emissions to a level that prevents catastrophic climate change, events over the next two weeks would be praised as humanity’s greatest achievement.

Rhetoric aside, the question is, will a binding agreement be made, and even if it is, will the agreement be worth the paper it’s written on?

At the 2013 climate conference in Warsaw, countries agreed to submit an awkwardly named “Intended Nationally Determined Commitment” or INDCin advance of the 2015 Paris talks.

These voluntary INDCs set out a nation’s commitment to the global climate deal currently under negotiation. INDCs also included information on support necessary for implementation, such as technology transfer or finance.

For example, the European Union’s 28 member states committed to reducing all greenhouse gas emissions by 40 percent below 1990 levels by 2030. Kenya, on the other hand, agreed to reduce them by 30 percent compared with a business-as-usual scenario by 2030, subject to international support in the form of finance, investment, technology development and transfer and capacity building.

By aggregating these commitments it has been possible to assess – assuming that they are met – how far INDCs would go to meet the 2C target. Unfortunately it’s bad news. Commitments made by 135 countries would overshoot the 2C target by almost a degree. According to analysts, only two countries, Ethiopia and Morocco submitted INDCs that were “sufficient” in that they were in line with a 2C target.

It is worth remembering that we are already experiencing the effects of a 1C rise in global temperatures which has led to drought, flooding, heatwaves and sea level rise, the 2C target is a political rather than a scientific target, and the relationship between temperature rise and impact is not a linear one.

The more optimistic argue that once agreed, commitments will be difficult to renege on. Through periodic review, commitments can be ratcheted up to meet the 2C target.

Decisions to be made

Getting the commitment is the first step. Yet, there are still many parts of the proposed global agreement beyond binding commitments that still need to be settled. What are the rules for monitoring emissions? What are the plans for reviewing and ratcheting up commitments? Will developing countries receive the finance they need to implement commitments and adapt to the changing climate? Each decision has the potential to lead to a stalemate as power struggles play out between nations and alliances, from the economic giants to small island states.

On the third day, it is already being reported that negotiators have virtually given up on the idea of a binding agreement. But according to economist, Nicholas Stern even a legally binding Paris agreement would not require governments to stick to them. Since there are no credible sanctions for countries that renege on their commitments, there is little point in making them legally binding in the first place, says Stern.

Also read: The right price for preserving our climate

Binding or not, do the 190 or so individual countries have the governance capacity, or political “processes” and “institutions” – processes not just in formal government structures but present throughout society – to deliver long-term change?

To use the UK as an example, while David Cameron delivered his speech to conference delegates commenting, ”What would we tell our grandchildren if we fail to agree on a deal?”, six months earlier, one of the first decisions of the newly elected Conservative government was to bin nine low-carbon policies.

This highlights the awkward juxtaposition of long-term emissions targets, political cycles and economic stability, with the latter always trumping the former.

Although the case has been convincingly made that mitigating climate change is by far the cheapest option compared with attempting to adapt to the impacts, democratic politics tends towards short-termism and risk aversion.

So, despite edging closer to potentially irreversible and catastrophic climate change, long-term targets are viewed as problematic. Politicians fear public resistance to policies necessary to meet the deep emission cuts, loss of sovereignty and competitiveness.

This raises serious questions about the adequacy of current systems of governance to deliver the change necessary.

As is tradition, a jamboree of low-carbon alternatives to energy, agro-food and transport systems runs parallel to the Paris talks offering a tantalising promise of a technological fix.

While low-carbon alternatives are central to delivering emission reduction targets, they struggle against incumbent infrastructures, user practices, industry and institutions all of which are remarkably resistant to change.

Delivery on commitments made in Paris, therefore, requires new systems of governance, new infrastructures, user practices, institutions, policies and cultural meanings. And this is where the real challenge beings.

Victoria Johnson is Research Associate at the Sustainable Consumption Institute, University of Manchester. 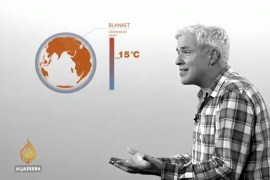 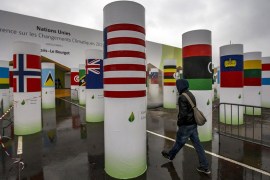 The right price for preserving our climate

Paris recently experienced humanity at its worst. The climate summit will be an opportunity to show it at its best. 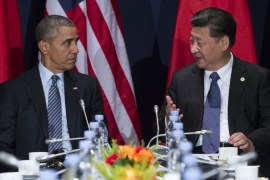 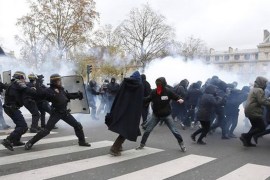 Activists defy ban on demonstrations in Paris as more than 140 heads of state arrive for UN summit on climate change.