A gunman has opened fire on a crowd gathered for an Independence Day parade outside of Chicago, killing at least six people and wounding 36 in the latest mass shooting in the United States.

Here is what we know.

Who is the person of interest?

The #FBI is assisting with the search for Robert E. Crimo, III, sought for his alleged involvement in the shooting of multiple people at a July 4, 2022, parade in Highland Park, Illinois. He may drive a 2010 Silver Honda Fit with Illinois plates DM80653: https://t.co/8RJLbCgyJQ pic.twitter.com/7t2soP3J3V

What is known about the victims?

Where is Highland Park? 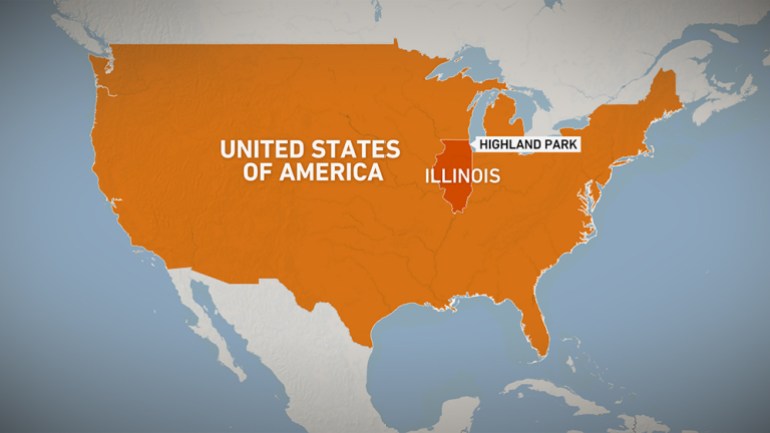 What has the response been?

It’s heartbreaking to spend the Fourth of July mourning yet another American tragedy:

A deadly mass shooting, this time in Highland Park.

Weapons of war have no place on our streets. None.

To face senseless gun violence while out celebrating Independence Day is nothing short of horrific. The nation’s prayers are with Highland Park today. My office is closely monitoring the situation and will stay in contact with local leaders and law enforcement. https://t.co/ZxZLa7M9Lr