Putin’s decree, announced on Wednesday, also gave additional power to authorities in Russian border regions and comes after a string of battlefield defeats.

“We are working on solving very complex large-scale tasks to ensure security and protect the future of Russia,” Putin said.

The decree allowed greater ability to limit movement to, from and within the areas and allows for the residents of those territories to be moved to “safe zones”.

Putin also instructed the government to set up a special coordinating council under Prime Minister Mikhail Mishustin to work with the “annexed” regions to boost Moscow’s war effort in Ukraine.

The published Kremlin decree ordered an “economic mobilisation” in eight regions adjoining Ukraine, including occupied Crimea, which Russia invaded and annexed in 2014.

A Kyiv official said the decree would change nothing.

It remained unclear how fast or how effectively the new measures might bolster Russia’s military position on the ground, and what effect they would have on public opinion.

Putin’s order came on the day that Russian-installed officials in Kherson told civilians to leave some areas as soon as possible in anticipation of an imminent Ukrainian attack.

Local officials said they were planning to move up to 60,000 civilians from Kherson across a period of approximately six days.

Al Jazeera’s Mohammed Vall, reporting from Moscow, said the new measures will mean “more restrictions on the movement of people”.

“It will mean the military and local administrations will have the right to do what they want in terms of how people move around or restrict them from gathering,” Vall said. 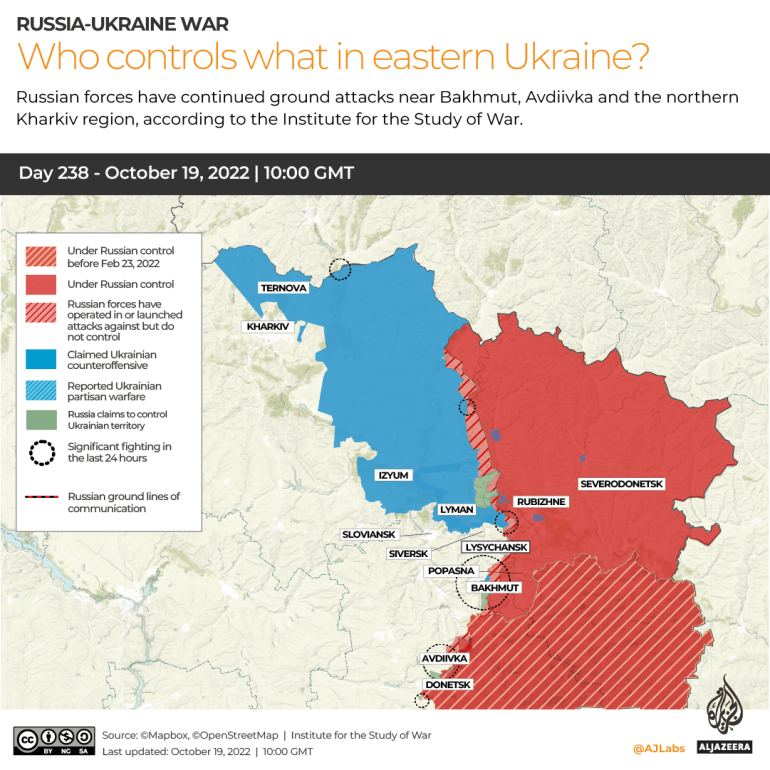 Ukrainian gains have forced Putin into a series of escalating steps within the past month: the unpopular call-up of hundreds of thousands of extra troops, the unilateral annexation of the four Ukrainian regions, and a threat to resort to nuclear weapons to defend what Russia sees as its own lands.

Meanwhile, Ukraine and its Western allies have denounced Russia’s attempt to formally claim the regions as a meaningless war tactic.