Kurdish-led forces in Syria say they have regained full control of a prison in northeast Syria, a week after a breakout by ISIL (ISIS) fighters left dozens dead.

Farhad Shami, a spokesperson for the US-backed forces, said on Wednesday in a Twitter post that the Syrian Democratic Forces (SDF) had taken over the al-Sina’a – or the Ghuwayran – prison in the city of Hassakeh.

The days of operations had “culminated with our entire control” over the prison, he said, adding that all remaining ISIL fighters had surrendered hours after 500 had given themselves up following clashes in some buildings.

The brazen ISIL jailbreak attempt and ensuing clashes left more than 180 dead in the armed group’s most high-profile military operation since the loss of their so-called caliphate nearly three years ago.

According to the Syrian Observatory for Human Rights, a UK-based war monitor, the deceased included some 124 ISIL fighters, 50 Kurdish fighters and seven civilians. The death toll could rise, however, as Kurdish forces and medical services gain access to all parts of the prison following the end of the attack.

Kurdish forces had cut off food and water to the jail for two days to pressure holdout ISIL fighters to give themselves up, the observatory said.

The prison was thought to hold approximately 3,500 ISIL detainees when the initial attack was first launched on January 20 with explosives-laden vehicles steered by suicide bombers.

With US and other foreign forces stepping in to support Kurdish elite units, the neighbourhood around the prison was secured and the besieged fighters inside the prison started turning themselves in.

There was no mention in the statement of the 850 children and minors caught in the crossfire when the SDF began to storm the prison on Monday.

The UN and international aid organisations had expressed fear about the fate of the minors living alongside the nearly 5,000 prisoners in the overcrowded jail. 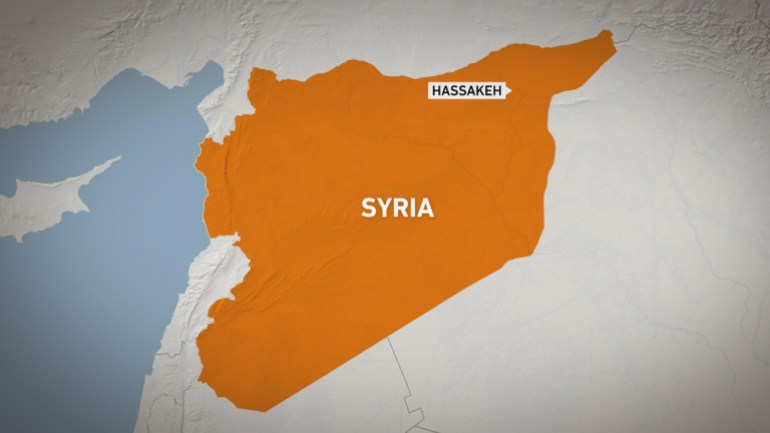 The prison is the biggest facility where the SDF has kept thousands of detainees. The relatives of many prisoners say they were arrested on flimsy charges for resisting the SDF’s forced conscription.

The Kurdish-led group has denied these allegations.

Meanwhile, thousands of Hassakeh residents were forced to leave their homes after at least 100 ISIL fighters stormed the facility last Thursday, in their biggest show of force in years.

In one mosque located at a safe distance from the chaos, hundreds of women and children were huddled together in the biting winter cold.

“We want to go back home,” Maya, a 38-year-old mother trying in vain to pacify her youngest, told the AFP news agency, adding that “there is no bread, water or sugar here.”

Many Kurdish officials, as well as Western observers, have warned the jailbreak should serve as a wake-up call.

Human Rights Watch and other rights groups have long criticised the Kurdish-led forces that control large swaths of northeast Syria for holding children in overcrowded, makeshift prisons in inhumane conditions.

Kurdish authorities have said that more than 50 nationalities are represented in Kurdish-run prisons holding more than 12,000 ISIL suspects. They have long warned they do not have the capacity to hold, let alone put on trial, all the ISIL fighters captured in years of operations.

“This issue is an international problem,” the administration’s top foreign policy official, Abdulkarim Omar, told AFP on Wednesday. “We cannot face it alone.”

He called on the international community to “support the autonomous administration to improve security and humanitarian conditions for inmates in detention centres and for those in overcrowded camps”.