It was billed as the beginning of the end for Nicolas Maduro. With foreign leaders in tow and the world watching, anti-Maduro activists gathered in Colombia in February 2019 with the aim of pushing entire warehouses worth of aid – flown in on US military cargo planes – across the border into Venezuela.

Instead, the humanitarian convoy was violently blocked by security forces loyal to Maduro – the first in a series of miscalculations in the Trump administration’s policy towards Venezuela.

More than two years later, the risky gambit is being questioned by a US government watchdog. A new report (PDF) by the inspector general at the US Agency for International Development raises doubts about whether the deployment of aid was driven more by the US pursuit of regime change than by technical analysis of needs and the best ways to help struggling Venezuelans.

The findings were published April 16 but have not been previously reported.

The report focuses on the frenzied few months after opposition leader Juan Guaido rose up to challenge Maduro’s rule, quickly winning recognition as Venezuela’s rightful leader by the US and dozens of allies.

As part of that effort, USAID between January and April 2019 spent $2m to position 368 tonnes of emergency supplies on the Caribbean island of Curacao and on the Colombia-Venezuela border.

Under Guaido’s orders, the aid was supposed to be delivered into Venezuela in defiance of Maduro, who condemned the effort as a veiled coup attempt. But when an opposition-organised caravan that tried to enter Venezuela was blocked at the border, at least one truck caught fire, destroying $34,000 worth of US-supplied aid.

As media attention turned away and Guaido’s fight to unseat Maduro unraveled in the months that followed, the US assistance was quietly repurposed. In the end, only eight tonnes ever reached Venezuela, with the remaining 360 tonnes distributed inside Colombia or shipped to Somalia, the report found.

The 34-page report said the US deployment of aid responded in part to the Trump administration’s campaign to pressure Maduro rather than just coming to the aid of struggling Venezuelans.

For example, the assistance was needlessly delivered in giant Air Force C-17 cargo planes instead of cheaper commercial options that were available, the report said. Ready-to-use meals to fight child malnutrition were also sent even though USAID’s own experts had decided the nutritional status of Venezuelan children did not warrant their use at the time, investigators said.

To bolster Guaido, USAID – believing UN agencies had been co-opted by Maduro – minimised funding to the United Nations even though some UN agencies had infrastructure inside Venezuela to distribute the aid.

The “directive to pre-position humanitarian commodities was not driven by technical expertise or fully aligned with the humanitarian principles of neutrality, independence and being based on needs assessments,” the report says.

The report, which was nearly two years in the making, was prepared to address challenges and “fraud risks” in USAID’s response to the Venezuelan crisis. It contains six recommendations to improve coordination across the sprawling agency – the main vehicle for US foreign assistance – and strengthen controls to avoid politicising humanitarian action.

A USAID spokesperson said the agency welcomed the report’s findings, which it is implementing, and all efforts to improve the effectiveness of USAID’s work, especially in challenging environments.

Shortly after Guaido’s aid delivery caravan failed, USAID started quietly working behind the scenes with UN agencies, the International Committee of the Red Cross and other groups to get aid into Venezuela, where such goods are frequently distributed at government hospitals and agencies controlled by Maduro. 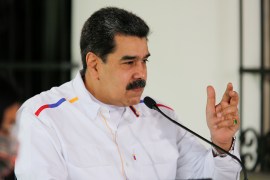 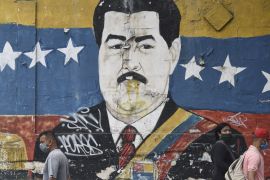 Venezuela in theory would be among the biggest recipients of $650bn in SDR aid the IMF is planning to give to countries. 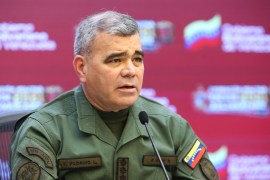 The defence ministry made the announcement two days after it reported fighting with ‘irregular Colombian armed groups’.