US Secretary of State Antony Blinken has spoken with Venezuelan opposition leader Juan Guaido, whom Washington recognises as interim president, the US Department of State said, the highest-level US contact with Guaido since President Joe Biden took office on January 20.

In his call with Guaido, Blinken “stressed the importance of a return to democracy in Venezuela through free and fair elections”, state department spokesman Ned Price said in a statement.

Former President Donald Trump recognised, Guaido as Venezuela’s legitimate leader in January 2019 after the leader of the opposition-held National Assembly contested the results of the 2018 presidential election won by socialist leader Nicolas Maduro. Dozens of countries, mostly Western allies of the US, followed through, recognising Guaido’s leadership.

Venezuela severed diplomatic ties with the US after the move.

Maduro, who has held on to power backed by the South American country’s military and allies including Russia, China and Cuba, argues Guaido is a US puppet seeking to overthrow him.

Blinken called for “efforts to work with like-minded allies” such as the European Union, the Organization of American States and initiatives such as the Lima Group to “increase multilateral pressure” for a “peaceful, democratic transition” in the South American country, the statement said.

After President Joe Biden’s inauguration in January, Maduro – whose 2018 re-election was deemed fraudulent by the White House – said he wanted to forge a “new path” with the US.

Relations between Washington and Caracas were tense under former president Trump, who imposed crippling sanctions on Venezuela and its state oil company PDVSA in an effort to force socialist Maduro from power.

Blinken “committed to continued US support” in his call with Guaido, Price’s statement said.

Guaido, according to a statement from his office, told Blinken he was committed to the US and other allies in seeking political solutions while increasing humanitarian assistance to Venezuela.

“They agreed to work with the international community to achieve free, fair and transparent presidential and parliamentary elections,” the statement said.

Before taking office in January, Blinken called Maduro a “dictator” and said he would continue Trump’s policy of recognising Guaido as the interim president.

Guaido declared himself Venezuela’s leader in 2019, rooting his legitimacy in his role as speaker of the opposition-led National Assembly.

Control of the legislative body has since been won by Maduro’s allies in December 2020 elections, also considered rigged by Western countries. 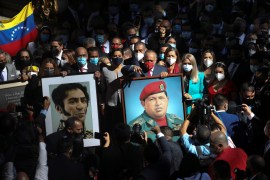 The shift in legislative power away from the opposition marks a consolidation of power for President Nicolas Maduro. 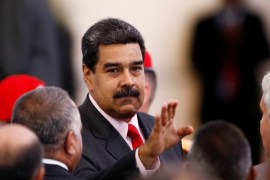 Venezuela’s Maduro hopes for ‘better relations’ with US

The Venezuelan president urges the country’s parliament to “take initiatives” towards a “new beginning” with Washington. 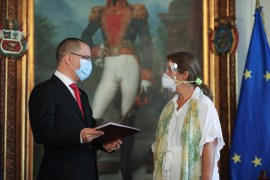