Abercrombie-Winstanley, who served as US ambassador to Malta under President Barack Obama from 2012 to 2016, will report directly to Blinken, he said.

“And as President Biden has made clear, prioritising diversity, equity, inclusion and accessibility is also a national security imperative,” he added.

“We are at a particular time in America, and the world is watching us,” Abercrombie-Winstanley said.

In February, Blinken announced the creation of the position promising to implement President Joe Biden’s desire to put racial justice, diversity and equity at the forefront of his administration’s agenda in the wake of last year’s nationwide protests.

With 76,000 employees globally, racial and ethnic minorities are underrepresented at the department, particularly in senior ranks, according to an independent federal watchdog report released last year. Abercrombie-Winstanley is Black.

“The truth is this problem is as old as the department itself. It’s systemic,” Blinken said. “It goes deeper than any one institution or any one administration, and it’s perpetuated by policies, practices and people to this day.”

The appointment of Abercrombie-Winstanley also marks a shift from former President Donald Trump’s handling of diversity issues. Last year, Trump directed federal agencies to end programmes his administration deemed divisive, leading to the suspension of all diversity and inclusion training programmes at the State Department.

Those programmes were restarted during Biden’s first days in office.

Introducing Abercrombie-Winstanley, Blinken said the department and the country were at a “moment of reckoning” on racial equality, referring to the Black Lives Matter movement and attacks against Asian Americans.

Promoting diversity inclusion was the job of every department official, but the new officer would hold department leadership accountable on that score, Blinken said.

The lack of diversity at the highest levels of the department was “alarming,” he added, but could be traced through its history and seen in the portraits of former secretaries that line the corridor to his office.

“It’s hard not to notice that almost every one of the secretaries along the hallway is a white man,” Blinken said. 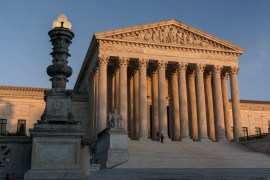 Biden’s nominees include three Black women and a man who could become the US’s first Muslim-American federal judge. 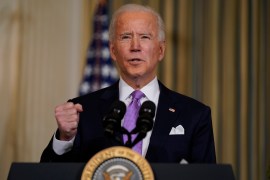 The actions order the US justice department to halt use of private prisons. 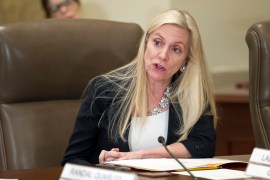 US Federal Reserve official calls for more diversity in economics