“We need to open the promise of America to every American. And that means we need to make the issue of racial equity, not just to this year for any one department of government. “It has to be in business as a whole of government,” Biden said prior to signing the actions at the White House.

The actions instruct the US justice department to end the use of private prisons, bolster anti-discrimination enforcement in the housing market, underscore the federal government’s commitment to Native American tribal sovereignty and condemn anti-Asian bias.

“These are just some of the first steps,” said Susan Rice, Biden’s domestic policy adviser.

“These are not just feel-good policies. The evidence is clear, investing in equity is good for economic growth. And it creates jobs for all Americans,” she added.

Biden tweeted ahead of the signing event, “America has never lived up to its founding promise of equality for all, but we’ve never stopped trying. Today, I’ll take action to advance racial equity and push us closer to that more perfect union we’ve always strived to be.”

America has never lived up to its founding promise of equality for all, but we’ve never stopped trying. Today, I’ll take action to advance racial equity and push us closer to that more perfect union we’ve always strived to be.

The executive actions Biden signed Tuesday are part of a package of steps being taken by the new Democratic president to roll back policies of his Republican predecessor Donald Trump and promote racial justice reforms that he pledged to address during the election campaign.

Under the new policies, the justice department will not renew contracts with private prison operators. Advocates have said privately operated prisons have contributed to an increase in incarceration rates and treated inmates poorly.

“Mass incarceration imposes significant costs on our society and communities, while private prisons profiteer off of federal prisoners in less safe conditions for prisoners and correctional officers alike,” the Biden administration said in a fact sheet.

Criminal justice and police reform advocates have called for a broader set of policy steps, including banning the use of the death penalty and reducing the transfer of military equipment to local law enforcement.

Talks in Congress towards police reform stalled late in Trump’s presidency despite widespread protests connected with incidents including the death of a Black man named George Floyd in Minneapolis police custody in May 2020.

“Those eight minutes and 46 seconds that took George Floyd’s life opened the eyes of millions of Americans and millions of people all over the world,” Biden said. “It marked a turning point in this country’s attitude toward racial justice.”

The Biden administration’s newly announced fair housing policy will require the Department of Housing and Urban Development to study and counteract the racially discriminatory effects of previous policies.

“The Fair Housing Act requires the federal government to advance fair housing and combat housing discrimination, including that appears neutral but has an unjustified discriminatory effect in practice,” the administration fact sheet stated. 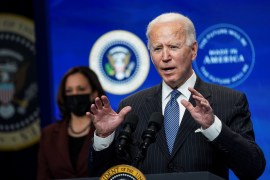 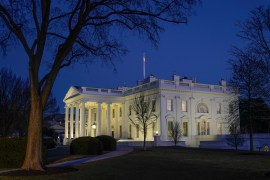 New US president issues an order reversing a Pentagon rule that had barred transgender people from military service. 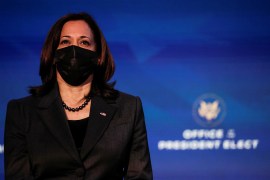 Is a Biden presidency good for women?

The Stream asks whether a new initiative is enough to counter the impact of COVID-19 on women.