The head of the World Health Organization’s Americas body has warned that the region could see a worse spike in coronavirus infections than the one it experienced last year, as several countries are struggling to contain mounting infections and deaths.

In a news briefing on Wednesday, Pan American Health Organization (PAHO) Director Carissa Etienne said “it is no accident” that a recent rise in COVID-19 cases in several countries coincides with the summer vacation season in the Southern Hemisphere.

“Without preventive action, our region could face an upsurge even larger than the last one,” she told reporters.

“So, let me be as clear as possible. My main guidance for places experiencing surges in transmission can be summarised in two words: stay home.”

In Chile, where cases are mounting despite a successful COVID-19 vaccine rollout, the government put strict lockdown measures in place – raising concerns about the toll the new rules could have on impoverished citizens.

Mexico over the weekend also released new data showing that the country’s coronavirus-related death toll was more than 61 percent higher than previously reported – at over 294,000 deaths through March 15.

In Brazil, President Jair Bolsonaro, a COVID-19 sceptic, has faced mounting pressure to account for his government’s handling of the pandemic.

March was the deadliest month for the country so far, with daily fatality rates frequently surpassing the 3,000 mark. It has recorded more than 317,000 deaths since the pandemic began – second only to the United States, according to data compiled by Johns Hopkins University.

On Wednesday, the head of Butantan biomedical institute in Sao Paulo state said a new coronavirus variant similar to the one discovered in South Africa, was found in a patient with no history of travel to South Africa.

“There is a possibility that it is an evolution of our P1 towards this mutation in South Africa,” Dimas Covas told reporters, referring to a coronavirus variant known as P1 that was first reported in Amazonas state.

Other countries in the region have closed their borders to travel from Brazil amid fears the P1 variant could spread.

The PAHO’s Etienne said on Wednesday that the surge in cases is overwhelming Brazil’s healthcare network, where intensive care units are at more than 80 percent capacity in all but two states.

Meanwhile, she said securing vaccines continues to be a huge challenge across much of Latin America.

“A large part of this is due to delays in production as manufacturers rush to scale up capacity. But we are also seeing far too many examples of vaccine nationalism, which limits global availability even further,” she said. 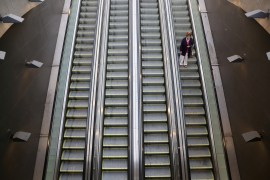 As COVID cases spike, many Chileans fear toll of another lockdown 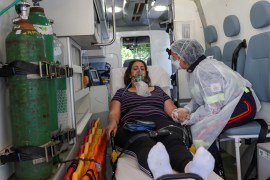 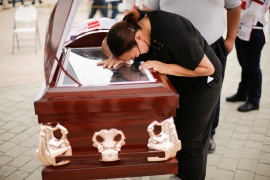