Washington, DC – US President Joe Biden is expected to issue a raft of new immigration orders in the coming days that will reverse policies championed by his predecessor, Donald Trump, including on asylum at the United States-Mexico border and the reunification of migrant families.

Biden took office last month after winning the backing of progressives and immigrant communities through a promise, among others, to chip away at Trump’s hardline stance against immigration.

Tom Jawetz, an immigration expert at the liberal Center for American Progress think-tank, said Biden faces a tough road ahead to overturn the legacy of the Trump administration, which over the past four years enacted a comprehensive and interconnected system of barriers.

Undoing those measures, some of which US courts have deemed unlawful, could take months and even years – even with Biden taking executive action, Jawetz told Al Jazeera.

“There are so many things that they did comprehensively to prevent people from accessing the protections that are afforded to them under US and international law – that you cannot single out one single policy,” Jawetz said.

“Their overlapping nature means that any single one of them can have a significant effect on its own,” he said. “All of them need to be addressed.”

Since taking office, Biden has signed executive actions halting construction of the wall along the US-Mexico border, revoking so-called “Muslim ban” travel restrictions, and preserving Deferred Action for Childhood Arrivals (DACA), a programme that gave status to undocumented migrants who arrived in the US as children.

But he is expected to go further still, after promising a pathway to citizenship for 11 million undocumented immigrants living in the US, a move that has garnered cautious optimism from immigration advocates.

Psaki said Biden’s nominee to lead the US Department of Homeland Security, Alejandro Mayorkas, who is expected to be confirmed on Tuesday, would lead a new taskforce that will work to reunite migrant families who were separated at the US-Mexico border under Trump’s “zero tolerance” rule.

Under the policy, which was halted, adults crossing the border into the US without permits were criminally prosecuted and more than 5,400 children were separated from their parents during the Trump administration. Many among them were placed in detention centres before being resettled with host families, drawing a widespread outcry.

More than 600 children are believed to still be separated from their parents, according to court documents.

The complete details of Biden’s upcoming immigration actions have not been released yet.

However, according to a recording and a Biden transition team memo obtained by Reuters news agency, Biden is expected to overturn the Trump administration’s Migrant Protection Protocols (MPP), a programme that has forced at least 70,000 asylum seekers since 2019 to return to Mexico while they await US immigration court dates.

Migrant advocates have slammed the “Remain in Mexico” policy, which they say exposed thousands of migrants including children to threats of exploitation, kidnapping and sexual assault in border cities controlled by drug cartels.

The memo did not say whether Biden plans to expedite or prioritise the applications of people who have been waiting in Mexico, a central demand of immigrant rights groups.

According to the memo, Biden is also expected to do away with agreements the Trump administration struck with Guatemala, El Salvador and Honduras – three nations gripped by chronic poverty, crime and violence – to help crack down on migration to the US.

In exchange for financial incentives, the three Central American countries signed agreements with Washington known as ACAs that allowed US authorities to send back migrants whose asylum claims were rejected – and who had crossed through those three countries on their way to the US.

According to Human Rights Watch, 939 asylum seekers from Honduras and El Salvador, the majority of them women and children, were transferred to Guatemala from November 2019 until March 2020 – when the agreements were halted in response to the COVID-19 pandemic.

“The Trump administration broke American asylum law, reduced the ability for people to even ask for asylum and when they do ask, [made] them wait in a foreign country,” Alex Nowrasteh, director of immigration studies at the Cato Institute, told Al Jazeera.

But although Biden has promised to do away with many of Trump’s hardline immigration policies, Nowrasteh said some may prove more difficult to overturn.

“The administration is only going to reverse border policies if it can ensure an orderly system takes its place,” he said. “And that is the trouble that they are going to face, the problem they are going to have to solve.”

Starting in 2018, thousands of people from Central America fleeing poverty, gang violence and a lack of job opportunities joined migrant caravans and set off, mostly on foot, towards the US in search of asylum.

A year later, in 2019, Trump threatened to impose tariffs on Mexico if it did not prevent migrants from going north. In response, Mexican President Andres Manuel Lopez Obrador dispatched thousands of National Guard troops to police its southern border and block migrants from crossing.

Jessica Vaughan, director of policy studies at the Center for Immigration Studies, a research group that advocates for decreasing immigration to the US, said Biden is unlikely to reverse any policies that require Central American countries to stop migrants heading towards the US.

“They know that it will be a disaster really quickly if they lifted Trump’s policies,” Vaughan said. “Biden’s statement and rhetoric to date have already set off a new wave of migrants to try to get to our southern border because they believe that they will be allowed to enter and stay.”

Just days after Biden took office, about 7,000 migrants mostly from Honduras began walking towards the US. Baton-swinging law enforcement officers in riot gear blocked and dispersed the crowd in Guatemala, and sent most back to Honduras – where deadly hurricanes and economic fallout from COVID-19 restrictions, have pushed thousands over the brink of poverty.

During the election campaign, and in the latest memo from his transition team, Biden has talked about addressing “root causes” of migration, which may include funding economic programmes in Latin America.

The memo also stated that Biden plans to strengthen asylum protections. Rights groups say this may involve setting up processing sites in Central America so that people who need urgent protection from political persecution, gang threats or domestic violence, do not have to make dangerous journeys to the US border.

Also on Biden’s agenda, according to the memo, is the reversal of Trump’s “public charge” rule, which allowed the US government to deny immigrants the right to enter the country or gain legal status if they were likely to require public benefits to live in the US.

Biden is also expected to consult with Congress on his pledge to raise the annual refugee resettlement cap to 125,000, up from a record-low 15,000 refugees set under Trump for the 2021 fiscal year.

Although Biden’s critics say his actions have been drastic and sudden, there are signs that his overall approach to migration is in line with current attitudes. In a poll conducted last year, 77 percent of Americans called immigration “a good thing” for the country, up 20 percent from a decade prior.

But advocates say Trump’s immigration policies are likely to have a lasting effect, as even complete reversals of those policies through executive action could take months to be felt by immigrants.

Some of Biden’s proposals have already faced pushback.

Last week, a federal judge in Texas blocked Biden’s move to freeze deportations for 100 days, a priority for his administration, arguing that there was a need for “concrete” and “reasonable justification” for such a measure.

In a similar move last week, a federal appeals court in Washington, DC, allowed a Trump rule – that authorised the swift deportation of unaccompanied children, without due process and even in cases where the child is fleeing danger to their life – to remain in place.

“Migration is a phenomenon, it’s a reality,” Jawetz said. “A sensible US policy working in a constructive manner can begin to address some of these issues,” he said, adding that while Biden is likely to face a host of hurdles, “he is off to a great start”. 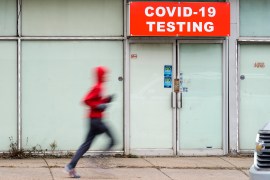 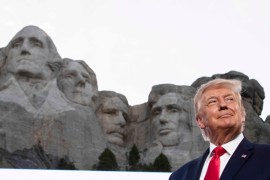 Biden’s removal of the 1776 Commission report is not enough 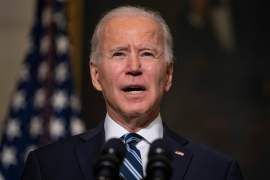 Republicans propose slimmer benefits, about a third of the $1.9 trillion that President Joe Biden is seeking.