Colombia has charged the leader of a breakaway faction of the former Revolutionary Armed Forces of Colombia (FARC) rebel group with deforesting vast portions of the Amazon rainforest.

Attorney general Francisco Barbosa said on Thursday that Miguel Botache Santillana had been charged with leading an “aggressive deforestation” campaign for illegal purposes since 2016.

Two associates were also charged on the allegations the group destroyed a large portion of the forest to bring in cattle and grow raw materials for making cocaine.

The charges come a day after Colombia marked the fifth anniversary of a peace deal signed between the FARC fighters – which made up Latin America’s largest and oldest rebel army – and the government.

“Every day, they renew their commitment to building a country in peace and addressing remaining challenges,” Guterres wrote on Twitter about his visit to Llano Grande. “They know that peace doesn’t come from one day to the other. It takes effort to build and maintain.”

In a sign of the changing dynamics, the United States is also planning to drop the FARC from its list of “foreign terrorist organisations”, US media reported earlier this week.

Under the 2016 peace accord, the FARC abandoned huge stretches of land that it had controlled. However, criminal groups have since moved in to take their place, wreaking environmental havoc, NGOs and farm advocacy organisations say.

Still, some FARC factions rejected the peace deal and have continued their resistance movement.

Botache Santillana leads a group in the Meta and Guaviare departments, the latter of which is one of the main areas of deforestation in Colombia’s part of the Amazon.

The Colombian military has tried to capture Botache Santillana and has bombed some of his camps.

Meanwhile, the state-run Institute of Hydrology, Meteorology and Environmental Studies says that since most of the FARC disarmed under the peace accord, deforestation in Colombia has shot up. 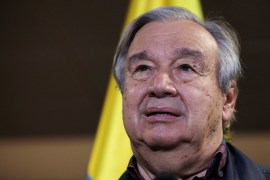 Violence persists in parts of Colombia despite 2016 deal that ended decades of conflict between gov’t and FARC rebels. 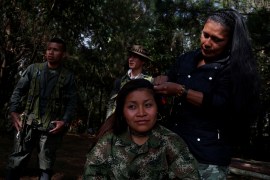 Conflict resolution groups welcome news of US delisting as a step towards lasting peace in Colombia. 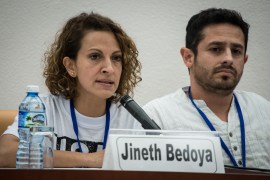