United Nations Secretary-General Antonio Guterres is visiting Colombia as the South American nation readies to mark the fifth anniversary of a fragile peace agreement reached between the government and what was once the country’s largest armed rebel group.

The government of Colombia and members of the FARC signed a peace agreement in 2016 to end a nearly six decades-long armed conflict that displaced millions and left more than 260,000 people dead.

The five-year anniversary of that deal – which saw about 13,000 FARC fighters lay down their arms and pledge to adopt a civilian life – is being marked on Wednesday.

“Every day, they renew their commitment to building a country in peace & addressing remaining challenges,” Guterres said in a tweet about his visit to Llano Grande. “They know that peace doesn’t come from one day to the other. It takes effort to build & maintain.”

I'm grateful to have met members of the Llano Grande community in Colombia.

Every day, they renew their commitment to building a country in peace & addressing remaining challenges.

They know that peace doesn't come from one day to the other. It takes effort to build & maintain. pic.twitter.com/zd1DVxQAwh

The UN chief also deplored “enemies of peace” and called for “guaranteeing the safety of ex-combatants, social leaders and human rights defenders” in Colombia. “We must redouble our efforts to guarantee the sustainability of [reintegration] projects, with technical and financial support, land and housing,” he said.

Despite the 2016 agreement, violence continues in several parts of Colombia where FARC dissidents who rejected the peace deal still hold weapons, and where other armed groups and drug traffickers operate.

The International Committee of the Red Cross (ICRC) said in March that 389 people were killed by explosive devices in Colombia last year – the highest total since 2016 – as armed conflicts worsened in the country. Most of the victims were civilians, the ICRC said.

Nearly 300 former FARC members also have been killed across the country since the agreement was signed, according to local advocacy group Indepaz.

On Tuesday, Guterres met with former FARC commander Rodrigo Londono, who said Duque’s presence was a source of “encouragement”.

Despite “the many obstacles … despite the fact that we have had nearly 300 members killed, we remain committed to the path taken five years ago,” said Londono, who is often referred to by his former nom de guerre, Timochenko.

“We will respect the promises made to Colombia and the world,” he said.

The UN said Guterres also spoke with Fredy Gustavo Dimate, another former FARC fighter who was a member of the group for two decades but has since the peace deal been training and working in coffee production.

Reuters said the US Department of State notified Congress of its plan and an announcement is expected in the coming days.

Dropping the “terrorism” designation could help free up US aid to projects that involve former FARC members and bolster the agreement overall with a further demonstration of US support.

“We have started the process of consulting with Congress on actions that we are taking with regards to the FARC,” State Department spokesman Ned Price said during a daily briefing.

Price declined to specify whether that would mean removing FARC from the blacklist, but said the Biden administration was committed to the “implementation and preservation” of the Colombia peace accord.

The Colombian government, one of Washington’s closest allies in Latin America, did not immediately respond to a request for comment from Reuters.

The US first designated the FARC as a “terrorist” organisation in October 1997. 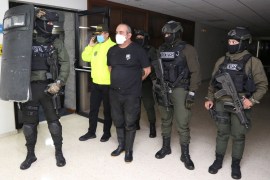 US offered $5m bounty for Dairo Antonio Usuga, who Colombia describes as the world’s most dangerous drug trafficker. 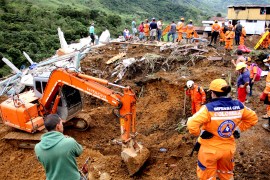 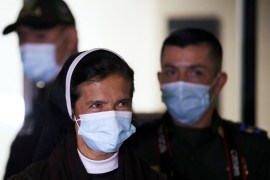 Sister Gloria Cecilia Narvaez had been held by an al-Qaeda-linked group from February 2017 to her release on October 9.