The man spearheading Canada’s environmental policy is a former Greenpeace activist who once scaled Toronto’s tallest building to hang a banner denouncing his country and then-US President George W Bush as “climate criminals” – and his appointment is sparking hope from some environmentalists and fear in the oil patch days before the United Nations talks on global warming.

Steven Guilbeault was named the environment minister of Canada, home to the world’s third-largest oil reserves, this week.

Canadian Prime Minister Justin Trudeau has branded his Liberal government as climate champions. But he has presided over the highest rise in climate-changing carbon dioxide emissions among G7 nations over the past five years, according to a study from the Canadian Centre for Policy Alternatives (CCPA) published in June.

With environmentalists demanding concrete emissions reductions before COP26 negotiations in Glasgow starting on Sunday, lawmakers in Alberta, the heartland of Canada’s oil industry, are worried.

“He has opposed every pipeline in Canada, every oil sands project, everything we need to do in Alberta to get our product to market,” she said. “We are seeing a global crisis where prices are skyrocketing for oil and gas and a lot of that is because of green agendas.”

Top oil exporter to US

Producing more than five million barrels of crude per day, Canada is the largest foreign oil exporter to the US, according to government data. About 80 percent of that crude comes from Alberta, sometimes dubbed “Canada’s Texas” due to its conservative political culture.

This means countries, particularly in the global south, will be looking for far sharper emissions targets and reductions from wealthy nations when COP26 negotiations begin. 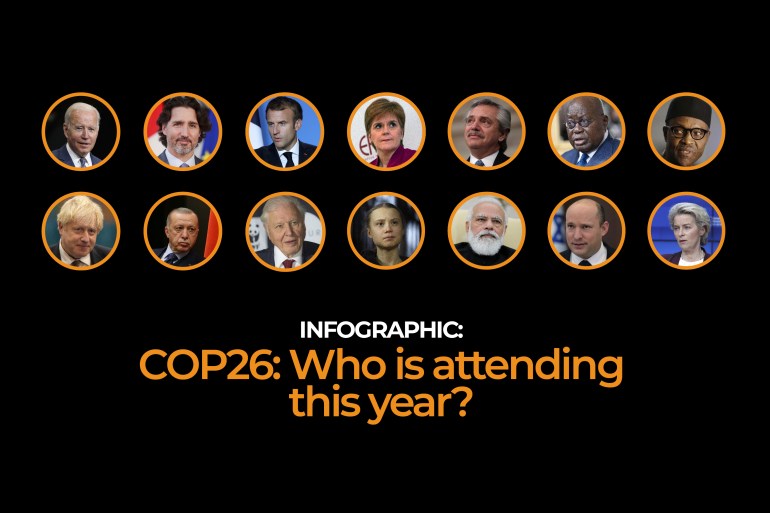 Canada’s government is aiming for net-zero emissions by 2050, although analysts are dubious about how that goal can be met on current trajectories.

“Canada has a long history of making big promises and not delivering,” Keith Stewart, a climate campaigner with Greenpeace and longtime friend of the new environment minister, told Al Jazeera.

“I know from my conversations with Guilbeault he is keen on changing that … He will be under relentless pressure from the oil lobby in this country and we hope he can stand up to the heat.”

The oil and gas sector alone will cause Canada to exceed its previous climate target, set as part of the Paris Agreement, to reduce emissions by at least 40 percent below 2005 levels in the next nine years, the CCPA reported.

Canadian oil is some of the world’s worst when it comes to greenhouse gas emissions, according to a 2018 study from Stanford University researchers.

They compared the climate effects of oil from different countries and found that Canadian oil had the world’s fourth-highest emissions intensity, about 70 percent higher than the global average.

Minister Savage and other backers of the Canadian industry say its climate effects have been reduced through technology. And keeping Alberta’s crude in the ground only benefits petrol-rich dictatorships with poor human rights records, who will simply increase exports to make up for reductions in Canadian output with no ensuing benefits for the world’s climate, Savage said.

Much of Alberta’s oil is mined from massive open-air pits known as the tar sands, rather than pumped through traditional methods, requiring more energy and water to extract each barrel.

The tar sands alone account for about 12 percent of Canada’s total greenhouse gas emissions, according to government data, and headlines in the business press have called it “one of the world’s dirtiest oil sources”, raising particular ire from Alberta’s government.

“Calling Alberta’s oil some of the dirtiest in the world is blatantly false,” Savage said. The province has been investing heavily in green technology, she said, and it’s reducing emissions of methane, a by-product of oil extraction which is up to 80 times more powerful than carbon dioxide in trapping heat in Earth’s atmosphere, according to a study published in the journal Nature this year.

Methane, however, is responsible for only a small portion of global heating – carbon dioxide levels in the atmosphere are more than 200 times higher, the Nature paper notes.

Guilbert’s appointment is not the only signal Trudeau’s government sent on climate with its new cabinet appointments this week, said Laurie Adkin, a professor of political science at the University of Alberta.

Canada’s former environment minister, Jonathan Wilkinson, was named the new minister of natural resources. That role had previously been held by a Seamus O’Regan who championed fossil fuel interests, she added.

“He [O’Regan] was a disaster in my view,” Adkin told Al Jazeera. “He was the inside man for the oil and gas industry in cabinet and had been holding back progress on the environment.”

Lacking an obvious champion in the cabinet, Canadian oil industry representatives say recent price spikes — contributing to fears of a long cold winter in the UK, mass protests in Ecuador and global worries about inflation, are a result of underinvestment in oil and unrealistic green goals.

“As we watch nations around the world today struggling with an energy crisis and failing to provide responsible energy to their citizens, Canada must step up and offer a safe haven for natural gas and oil investment,” the Canadian Association of Petroleum Producers, an industry association, told Al Jazeera in response to written questions.

‘Bumps in the road’

To environmentalists, in contrast, decreased investment in oil extraction is a victory and a sign Canada and other leading producers need to speed up transitions to renewable energy.

“Canadians and people around the world expect action on climate change, [especially] after the summer we had to deal with here,” Simon Dyer, deputy executive director from the Pembina Institute, an Alberta-based energy research group, told Al Jazeera.

Canada recorded its highest temperature on record this summer, he said, 49.6C (121.3F) in British Columbia. This contributed to ravaging wildfires which destroyed an entire town and a host of other climate-related disasters, underscoring the need to rapidly reduce oil extraction, even if doing so comes at a short-term cost.

“There are going to be bumps in the road with the energy transition.”