Students and early-career staff have accused Glasgow University of failing to properly protect them against misconduct by a former lecturer, including from alleged “grooming” and sexual harassment, Al Jazeera’s Investigative Unit has found.

Speaking to Al Jazeera, six women made allegations of misconduct over the behaviour of Ian Shaw, who was a lecturer in the geography department at Glasgow University before he left to teach at Leeds University in 2020. He denies all wrongdoing.

Esther, who along with the other women Al Jazeera spoke to asked for her surname to be withheld, said she was finishing her PhD at an English university when she met Shaw at a conference in 2018. He praised her research and tried to persuade her to move to Glasgow so he could mentor her future career.

She alleges Shaw proceeded to increase the intensity of his contact with her to the point where it became grooming and sexual harassment.

“It [was] intellectual, then emotional, then became sexual”, she said.

But she says Glasgow University failed to take her allegations seriously.

The Glasgow story is one part of Degrees of Abuse, a two year investigation by Al Jazeera’s Investigations Unit (I-Unit), which reveals how British universities, including Oxford, Cambridge, Glasgow, and Warwick deal with complaints of sexual harassment, sexist, drunken behaviour, and coercive control.

Last week, Al Jazeera revealed how two Oxford professors have been accused of abusing their position of authority with sexist and drunken conduct.

As part of the investigation, Al Jazeera also filed Freedom of Information requests with more than 100 universities in the UK, revealing that the vast majority of sexual complaints cases were not investigated.

Esther told Al Jazeera that Shaw began to send her increasingly personal messages, including “You were in my head and dreams last night” and commenting on her “amazing eyes”.

He made similar compliments to a junior departmental colleague, Emma, saying “Your eyes are so piercing, I feel you can see my ancestors”.

Emma told Al Jazeera: “I remember thinking either this guy is the most sweetest caring person I’ve ever met and I’ve made the best friend for life, or he’s in love with me.”

Several of Shaw’s students said that unlike other lecturers, Shaw held long meetings in his office with the door closed and sometimes locked, which he said was for privacy but made them feel increasingly uncomfortable.

One student, supervised by Shaw for her PhD, said: “I felt very much like a sexualised object in that room. And I had to play that role in order to succeed.”

Another student said the conversations would typically move quickly from discussing her academic work to Shaw talking about his personal life, including his mental health and his marriage.

A third student, who was struggling with her work and her home situation says that over a period of months, Shaw turned their teaching relationship into something more intimate and sinister. “It became an emotional dependency”, she said, “he wanted to be seen as a protector but it was a control thing”.

Anna Bull is among the leading academics in the UK researching sexual misconduct in higher education. In early 2021 she wrote a report on “grooming and boundary-blurring behaviours by academic staff”. It was based on accounts from students in universities across the UK.

She told Al Jazeera that university policies on ethical behaviour rarely make specific mention of crossing boundaries or grooming as being unacceptable.

While she will not comment on individual cases, she told Al Jazeera that crossing boundaries or grooming would mean turning the professional teaching and learning relationship into an intimate, personal relationship through their inappropriate behaviour, disclosures or questions.

“Certainly, in my research, students have used the word ‘grooming’ themselves; [for example] if their lecturer might be telling a student that they are special and talented. And then there’s the absolutely classic one, starting to disclose material about their personal life or their sex life,” she said.

They included Esther, who filed a complaint in 2019 after Shaw suggested she sleep on his hotel room floor at a conference, go away together to work on a project, and offered to read her application for a job at Glasgow University in advance, when he was on the hiring committee.

“He scared me at that point,” Esther said. “I thought that if I’d got a job based on this situation, I would never be free of him.”

Glasgow University handled the complaints separately. In July 2020, the university replied to Esther and said it had identified “some serious concerns and recommendations to address these”. The reply contained the same language as that sent to another student.

However the university did not give either women any further details.

“I feel the whole experience of being sexually harassed and groomed was not taken seriously at all,” Esther said. “I feel these processes are there to protect the institution, not the victim.”

“I wanted to get it out into the open,” she said. “All this weird ambiguous flirting was starting to get unhealthy. And I thought a good way to deal with that would be to sit down and have a conversation [with him] about it”.

Emma says that after repeated failed attempts to discuss the issues informally with Shaw, he reacted by removing her from joint research projects. She then filed a complaint with the university, accusing him of victimisation and exclusion but not of sexual harassment.

At the hearing of Emma’s complaint in June 2020, she was told the investigating panel had not upheld her allegations against Shaw.

However, at that hearing Emma also heard – for the first time – that Shaw had made counter-allegations against her, in which he said that her messages, when she was trying to discuss their working relationship, amounted to bullying and harassment.

The panel told Emma they had upheld Shaw’s complaint, and that disciplinary action might be taken against her but the threat was later withdrawn.

Emma said, “I was just destroyed because, it just looked like they not even read the evidence that I’d put in”.

She then filed a second complaint, this time accusing Shaw of sexually harassing her. At the hearing of that second complaint, in December 2020, Emma discovered the chair of the investigating panel had not been made aware that Shaw had faced three other similar complaints. Emma’s second complaint against Shaw was also dismissed.

Anna Bull says it is a mistake for universities to deal with complaints individually because it does not recognise the nature of misconduct such as grooming, crossing boundaries, and sexual harassment, which is often a pattern of behaviour. “From the evidence I’ve got, it’s likely that staff will target multiple other students and staff rather than just one,” Bull said.

In reply to Al Jazeera, Shaw said the allegations against him were upsetting and untrue, and called them part of a campaign of bullying and abuse that caused him to leave Glasgow University.

“I would like to stress that during my time at the University of Glasgow I was subjected to two full official HR investigations regarding these allegations and the outcome of both investigations was no further action against me but a colleague was found guilty of bullying and harassment against me.”

Glasgow University said it could not address individual cases such as those relating to Shaw but that it takes “all allegations of sexual misconduct or harassment extremely seriously”.

“Any form of harassment is totally unacceptable within and across our community, and any alleged issues of this kind are fully investigated and, where founded, acted upon in accordance with the University’s disciplinary procedures.

The university also said it was providing more training for managers investigating student and staff cases which relate to harassment or misconduct. 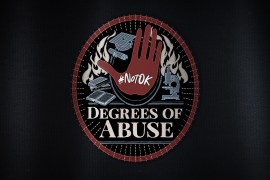 Two-year investigation reveals how British universities are failing to protect their students from sexual harassment. 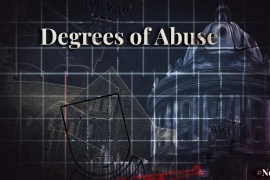