Saudi Arabia will start relaxing coronavirus restrictions on movement this week and lift the restrictions across the country, with the exception of the holy city of Mecca, from June 21, the state news agency reported in a statement early on Tuesday.

In the first phase, which starts on Thursday, the 24-hour curfew will be revised to 3pm-6am (12:00-03:00 GMT) with bans on domestic travel, holding prayers in mosques, and workplace attendance in both the government and private sector lifted from May 31, the statement said.

The round-the-clock curfew will remain in force in Mecca and is only expected to be reduced from June 21, when curfew time will be changed to 3pm-6am (12:00-03:00 GMT), and prayers will be allowed in mosques.

The Hajj and Umrah pilgrimages, which usually attract millions from around the world, will remain suspended.

According to the government, physical distancing guidelines are still required, while gatherings of more than 50 people will remain banned.

Some economic and commercial activities will also be allowed, including those at wholesale and retail shops, as well as shopping centres and cafes.

But other businesses such as beauty salons, barbershops, sports and health clubs, recreational centres and cinemas will remain closed because of the difficulty in imposing physical distancing rules.

Saudi Arabia first imposed a temporary lockdown in early March on its eastern Qatif area, home to a large Shia Muslim population, to prevent the spread of coronavirus, also known as COVID-19.

The unprecedented lockdown was later expanded to other parts of the country including the two holiest sites of Islam.

Saudi Arabia announced in April that the two holy mosques in Mecca and Medina would remain closed throughout Ramadan, which ended on Saturday.

Ramadan is the holiest month for Muslims, in which they fast during daylight hours, congregate for prayers and share meals as a community.

But because of coronavirus, almost all Muslim-majority countries have closed mosques and asked people to pray at home, in addition to imposing curfews to limit the spread of the deadly virus.

A full lockdown was also imposed from May 23 to 27 during Eid al-Fitr, which marks the end of the fasting month.

King Salman had warned of a “more difficult” fight ahead against COVID-19, as the kingdom faces the double blow of virus-led shutdowns and crashing oil prices.

Saudi Arabia has confirmed nearly 75,000 cases of coronavirus with 399 deaths. 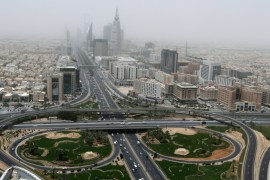 Nationwide 24-hour curfew will be imposed from May 23 to 27 following the end of Ramadan as COVID-19 cases rise. 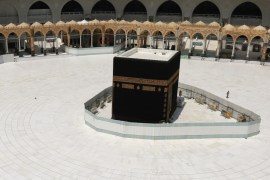 A 24-hour curfew will remain in the holy city of Mecca and in previously isolated neighbourhoods, state media reported.

Top religious authority says prayers could be performed at home if not possible at mosques due to coronavirus measures.