The man accused of killing at least 22 people at a shopping centre in the US state of Texas has told authorities he was targeting Mexicans and confessed to carrying out the shooting while surrendering to officers, according to police.

Patrick Crusius, 21, emerged with his hands up from a vehicle that was stopped at an intersection shortly after the August 3 attack in the border town of El Paso and told officers, “I’m the shooter,” according to an affidavit quoted by media in the United States on Friday.

After being formally arrested, he told authorities he had entered the store with an assault rifle and ammunition.

“The defendant stated once inside the store he opened fire using this AK-47 shooting multiple innocent victims,” according to the document, written by detective Adrian Garcia.

Crusius said his targets were “Mexicans,” the detective said, according to the Washington Post.

The suspect drove more than 10 hours from the Dallas suburb of Allen, where he lived, to El Paso, near the border with Mexico

In addition to the 22 people killed, more than 20 were wounded in the attack. Eight of the dead were Mexicans.

Its author rails against an alleged “Hispanic invasion of Texas” and “race mixing”, while pledging an imminent attack.

“I am simply defending my country from cultural and ethnic replacement brought on by an invasion.”

The document parrots some of President Donald Trump’s divisive rhetoric about immigration, but the writer said his views predate the Republican’s rise and that any attempt to blame the president for his actions was “fake news.”

Many El Paso residents, protesters and Democrats have blasted Trump over his incendiary words, blaming the president for inflaming political and racial tensions throughout the country. Trump has denied stoking division and violence, contending this week that he “brings people together. Our country is doing incredibly well.”

Crusius has been charged with capital murder and is being held without bond. Federal prosecutors have said they are also considering hate-crime charges.

The attack at the Walmart store in El Paso came hours before another mass shooting in Dayton, Ohio, in which nine people were killed.

There is no link between the dual shootings, but the attacks reignited calls for Congress to take immediate action to reduce gun violence. 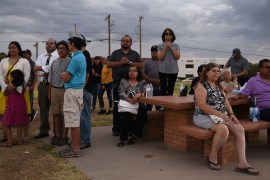 In El Paso, fear and anger after deadly mass shooting

Amid fear and concern in the wake of attack, some local leaders say Trump directly fanned the flames of racist hatred. 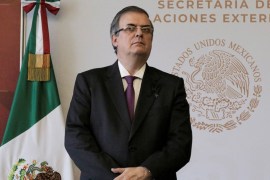 Eight Mexicans were killed in the gun attack in Texas, an act the Mexican government has called an ‘act of terrorism’. 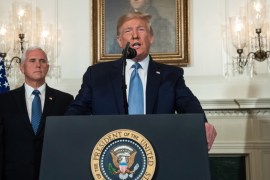