Russian authorities have advised residents of a village to leave while clear-up work is being carried out nearby following a mysterious rocket engine accident last week that caused a temporary spike in radiation, according to a report.

Russia‘s Rosatom nuclear agency said five of its staff were killed in the August 8 blast at a naval facility that tests ballistic missiles used by nuclear submarines. At least three people were injured.

The workers were providing support for the “isotope power source” of a missile and were thrown into the water from the testing platform in the White Sea by the force of the explosion.

On Tuesday, Interfax news agency cited local officials as saying they had received a notification about clear-up work being carried out by military authorities.

“In this regard, residents of Nyonoksa were asked to leave the territory of the village from August 14.”

Rosgidromet, the weather monitoring service, said on Tuesday its sensors in Severodvinsk – located about 30km from the test site – registered radiation exceeding background levels by “four to 16 times” on the day of the blast.

The service said the levels were higher at six out of eight of its stations in Severodvinsk and returned to normal after 2.5 hours.

One of the sensors registered a level of 1.78 microsieverts per hour, well above the local average but far below dangerous levels.

The blast caused panic, with residents rushing to buy iodide, which can help limit the damage from exposure to radiation.

Rosatom’s mention of a “nuclear isotope power source” led some Russian media to conclude it was the Burevestnik (Petrel), a nuclear-powered cruise missile first revealed by Russian President Vladimir Putin in March 2018 during his state of the nation address along with other doomsday weapons.

Some experts have also linked the blast to the 9M730 Burevestnik nuclear-powered cruise missile, known by NATO as SSC-X-9 Skyfall.

Kremlin spokesman Dmitry Peskov on Tuesday did not confirm that the accident was linked to the Burevestnik project.

Peskov added, however, that Russian research and development in the sphere of nuclear-powered missiles “significantly surpass the level reached by other countries and are rather unique”.

Lawrence Korb, a former US assistant secretary of defence who has worked with Russia on nuclear issues and arms control, said the so-called Skyfall weapon is considered a “fantasy” by most experts in the United States as “it’s a very dangerous thing”.

“It sounds great in theory but as we’ve seen with this accident, it’s much easier said than done and the chances of having accidents are great because you have a nuclear weapon with nuclear fuel so that’s a very dangerous thing,” Korb told Al Jazeera.

“The US tried this back in the 1960s and 1970s but they gave up because they recognised it just wouldn’t work and wasn’t needed and was very dangerous.” 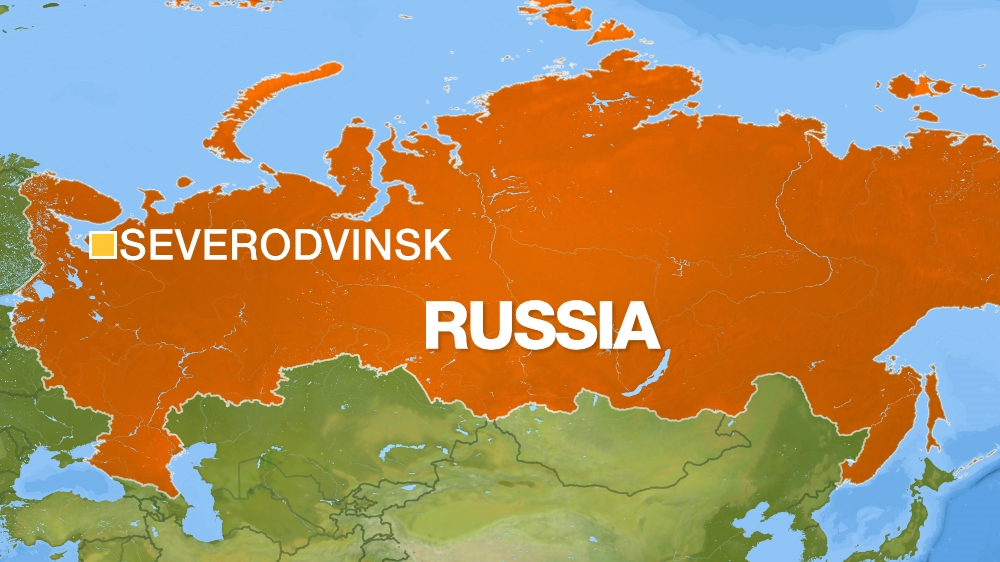 Al Jazeera’s Step Vaessen, reporting from Moscow on Tuesday, said information had only begun emerging five days after the blast, adding that this had created a lot of confusion and prompted the emergence of conspiracy theories.

“Soon after news came out that [residents] were ordered to leave this village within the next 24 hours, other authorities in the region have said that that was complete nonsense, that there has never been an order to evacuate,” Vaessen said.

“What we’ve been seeing in the last five days is that news and reports from different authorities are contradicting each other so we don’t really know exactly what’s going on.”

Local authorities in Severodvinsk last week initially published information about the spike in radiation, but later deleted it and a local official said that radiation levels were not above the norm.

Vaessen added that the medics who treated the victims of the blast were being sent to a Moscow hospital for testing.

“It’s also not clear what kind of tests are going to be done but it’s happening right now. According to a report, it will take three days before the results become known,” Vaessen said.

US President Donald Trump on Monday weighed in on the blast on Twitter, saying the US “is learning much from the failed missile explosion” and claimed that Washington has “similar, though more advanced, technology”.