Thousands of people have marched across cities in Sudan to condemn the killing of protesters as the country’s ruling generals and the opposition said they would resume talks aimed at forming a new transitional government.

The demonstrators on Thursday were heeding a call for a “million-man march” to protest the killing of four school children at a rally earlier this week against growing bread and fuel shortages in El-Obeid, a city in central Sudan.

Many marching in the Sudanese capital, Khartoum, carried photos of the four students as well as some of those killed in the months-long pro-democracy protests that resulted in the removal of President Omar al-Bashir in April.

Chanting “Blood for blood” and “We will never forgive”, some protesters blocked off roads and set fire to tyres. “We are here to protest until we obtain justice or we bring down the regime,” said Sara Mustafa, a protester.

Protesters also rallied in El-Obeid, the Red Sea coastal city of Port Sudan, in White Nile state and in the central city of Madani, witnesses said.

Earlier on Thursday, a member of Sudan’s ruling Transitional Military Council (TMC) said seven members of the feared paramilitary Rapid Support Forces (RSF) have been arrested over the children’s killing on Monday.

The troops were protecting a nearby bank, Jamal-Eddin Omer Mohamed Ibrahim was quoted as saying by the official SUNA news agency.

‘Just around the corner’

In Khartoum on Thursday, opposition leaders from the Forces of Freedom and Change (FFC) said they feared more violence against the protesters.

“We have credible information militias of the old regime are planning to attack the protesters. This will have serious consequences, and we urge the TMC to take its responsibility in protecting the protesters. Otherwise, we will also hold them involve in the killing of protesters,” said Abbas Madani Abbas, a member of the coalition of protest and opposition groups.

The FFC leaders said negotiations with the TMC were set to restart later on Thursday, adding that the coalition has resolved major sticking points in the talks, a move that brings them closer to finalising a power-sharing deal.

The two sides signed a deal in July which secured a three-year transition period and a joint sovereign council with rotating leadership. But subsequent talks to thrash out the details of a constitutional declaration have stumbled, because of disagreements over the composition of a civilian legislative council and immunity for military figures for past crimes.

“The agreement is really now just around the corner,” said Satea al-Hajj, a negotiator for the FFC.

The opposition had demanded that members of the sovereign council should not be granted blanket immunity from prosecution for past crimes.

Protesters have accused the paramilitary group, headed by General Mohamed Hamdan Dagalo, the deputy head of the TMC, of killing scores of protesters since the removal of al-Bashir. 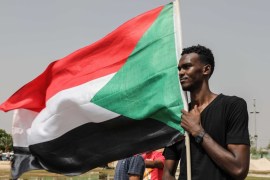 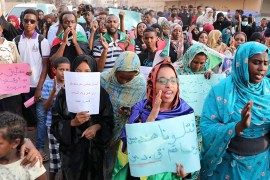 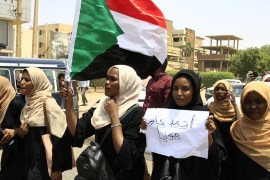