Iran on Monday announced its reserves of enriched uranium had surpassed the 300kg cap and said its next step would be to enrich uranium above the 3.67 percent limit in the accord, unless European powers did more to protect the Iranian economy from harsh US sanctions.

The White House said there was “little doubt that even before the deal’s existence, Iran was violating its terms”.

Making light of the US reaction on Tuesday, Zarif tweeted a screengrab of the statement with the question: “Seriously?”

The foreign minister, who has been personally targeted in the latest round of US sanctions, said the Iranian move did not violate the accord, whose remaining signatories include China, Russia, Germany, France and the United Kingdom.

“We had previously announced this and were transparent in saying what we are going to do,” he told reporters. “We consider it our right, reserved in the nuclear deal.”

“Actions by the Europeans have not been enough, so we will move ahead with our plan,” he said.

Last year, the United States unilaterally withdrew from the nuclear deal, which set limits on Iran’s nuclear activity in return for removing international sanctions on its economy. After leaving the accord, the US reimposed sanctions on Tehran.

China on Tuesday said it regretted Iran’s move but urged all sides to show restraint, saying that the US policy of pressuring Iran was the “root cause of the current tensions”, while France urged Iran to quickly reverse the breach.

In a statement, French President Emmanuel Macron expressed “his attachment to the full respect of the 2015 nuclear accord and asks Iran to reverse without delay this excess, as well as to avoid all extra measures that would put into question its nuclear commitments”.

European powers would not immediately trigger a dispute resolution mechanism in the 2015 accord that could lead to the reimposition of UN sanctions on Tehran, Reuters news agency reported, citing two European diplomats.

Russian Foreign Minister Sergey Lavrov called on Iran “to show sangfroid, not to give in to emotions by any means”, vowing to do everything to help preserve the nuclear accord.

“This agreement has special significance for the strengthening of the [nuclear] non-proliferation regime,” Lavrov said.

The UK’s Foreign Secretary Jeremy Hunt said on Twitter that London was “deeply worried” and urged Iran to “come back to compliance” with the nuclear deal.

UN chief Antonio Guterres said it was “essential” that Iran stuck to the deal, while a diplomat in Vienna, where the UN’s nuclear watchdog is based, told AFP news agency that Iran had exceeded the limit by two kilogrammes.

US President Donald Trump on Monday warned that Tehran was “playing with fire” by exceeding the limit on uranium reserves, drawing a rebuke from Iran’s parliament speaker.

“Mr Trump should understand that when one uses bullying language against a civilised nation, they become more united,” Ali Larijani said on Tuesday in remarks broadcast on state television.

The United Nations’ nuclear watchdog confirmed that Tehran had breached the cap on enriched uranium reserves.

The relationship between Washington and Tehran has been tense since the US withdrawal, with biting sanctions damaging Iran’s oil exports and other key sectors of its slowing economy.

While the European powers have moved to create a trade mechanism to skirt the sanctions, known as INSTEX, Tehran has said it does not meet Iran’s needs.

On Friday, the European Union said that INSTEX, which was designed to allow European companies to trade with Iran effectively via a barter system, was operational and that the first transactions were being processed.

But “the Europeans’ efforts were not enough, therefore Iran will go ahead with its announced measures”, Zarif said.

INSTEX, which “is just the beginning” of their commitments, has not yet been fully implemented, he added.

Iran has also threatened to start enriching uranium above the agreed maximum purification level of 3.67 percent from July 7. That remains far short of the 90 percent purity required to build a weapon.

The latest tensions coincide with a buildup of US forces in the Gulf and a series of incidents, including Iran’s shooting down of a US drone it claimed had entered its airspace. 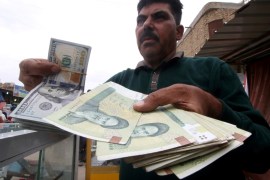 Why does Iran have three foreign exchange rates?

Iran’s multi-tiered exchange rate system can at times be confusing even for Iranians. 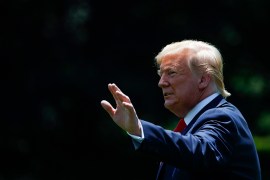 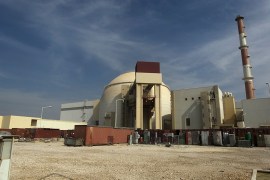 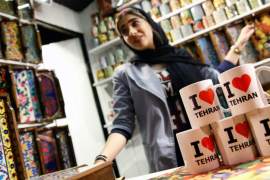