China has fired back against the United States in a spiraling trade dispute with President Donald Trump by raising import duties on tens of billions of dollars of US goods including lobsters, soybeans, electric cars and whiskey.

Beijing said on Saturday that it was responding in “equal scale” to Trump’s tariff rise on Chinese goods, in a conflict over China’s estimated $336bn trade surplus and technology policy that companies worry could quickly escalate and chill global economic growth.

As Trump warned of “additional tariffs” should Beijing hit back with tit-for-tat duties on American goods, China unveiled 25 percent duties on $50bn in US imports.

Trump’s new China tariffs will not initially include the full $50bn that Trump announced on Friday.

US Trade Representative Robert Lighthizer said the punitive duties will apply on 818 Chinese products valued at $34bn starting July 6, with a second list of $16bn to be considered under a new review process – bringing the total possible affected import volume to $50bn.

Beijing’s countermeasures closely mirrored Washington’s, with 545 American exports, also valued at $34bn, facing punitive duties as of July 6, including agricultural products and vehicles, according to the official Xinhua news agency.

The 545 products include lobsters, soybeans, electric cars, orange juice, whiskey, salmon and cigars, according to the Ministry of Finance.

China “doesn’t want a trade war” but has to “fight back strongly,” a separate statement from China’s commerce ministry said.

It said Beijing also was scrapping agreements to narrow its multibillion-dollar trade surplus with the United States by purchasing more American farm goods, natural gas and other products.

Al Jazeera’s Florence Looi, reporting from Beijing, described Chinese officials as “furious” about what hit them.

“They are hitting back hard,” she said.

The US and China have the world’s biggest trading relationship, but official ties are increasingly strained over complaints Beijing’s industry development tactics violate its free-trade pledges and hurt American companies.

Al Jazeera’s Alan Fisher, reporting from Washington, DC, said that even within the White House, there are those who believe that a long-term trade war would be harmful to the economy.

“But Donald Trump is delivering on a campaign promise, and he believes that trade war would be good for the US, and it is a war that he can win,” Fisher said.

Europe, Japan and other trading partners raise similar complaints, but Trump has been unusually direct about challenging Beijing, and threatening to disrupt such a large volume of exports.

“In this trade war, it’s the US who is playing the role of provocateur, while China plays defence,” said the Global Times, a newspaper published by the ruling Communist Party.

“China is a powerful guardian and has enough ammunition to defend existing trade rules and fairness.”

Most of the products targeted by China are food and other farm goods, hitting Trump’s rural supporters hardest.

Beijing appeared to be trying to minimise the effect on its own economy by picking US products that can be replaced by imports from other suppliers such as Brazil or Australia.

Chinese regulators are also considering a tariff rise on an additional 114 products including medical equipment and energy products, the finance ministry said.

It said a decision would be announced later.

In the US state of Maine, home to most of the country’s lobster fishery, the effect of the Chinese tariff could be harsh.

Maine lobster was worth more than $430m at the docks last year, and the industry is a critical piece of the state’s economy, history and heritage.

“Anything that affects the supply chain is obviously not a great thing,” Kristan Porter, president of the Maine Lobstermen’s Association, told the Associated Press news agency.

“The lobstermen obviously are concerned with trade and where they go.”

China and the US are major seafood trading partners beyond just lobster, and the new tariffs would also apply to dozens of types of fish and other seafood that China imports from the US, including salmon, tuna and crab. 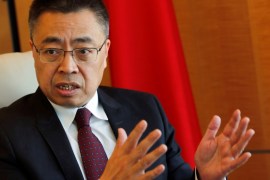 China questions legality of US tariffs at WTO 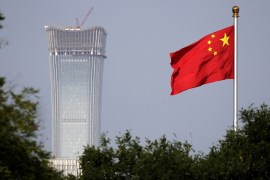 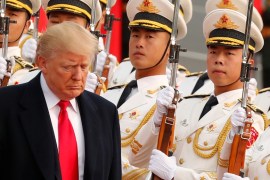 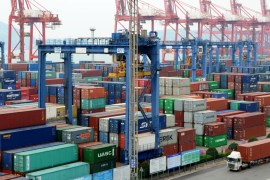