US President Donald Trump and Saudi Crown Prince Mohammed bin Salman have discussed military deals, investment in the US, and security cooperation, during the prince’s first visit to the White House.

Referring to the political shake-up that Saudi Arabia has witnessed in recent months, Trump on Tuesday praised the 32-year-old crown prince, popularly known as MBS, in his new role.

“[…] the relationship, now, is probably as good as it’s really ever been, and I think will probably only get better. Tremendous investments made in our country. And that means jobs for our workers, jobs for our people,” Trump said in a press briefing after the meeting.

Trump held up charts to show the depth of Saudi purchases of US military hardware, ranging from ships to missile defence to planes and fighting vehicles.

“Saudi Arabia is a very wealthy nation, and they’re going to give the United States some of that wealth, hopefully in the form of jobs, in the form of the purchase of the finest military equipment anywhere in the world,” he said.

For his part, MBS, who is 39 years younger than Trump, pointed to the history of the alliance between the two countries.

“We are the oldest ally of America from the Middle East,” he said, “with more than 80 years of alliance and big interests – politically, economically, security. The foundation of the relation[ship] is really huge and deep.”

Last year, the two leaders agreed on a plan for $200bn worth of Saudi investments with the US, including large purchases of US military equipment.

However, in Tuesday’s meeting, Bin Salman said the plan exceeded expectations, doubling the number of investments between Saudi Arabi and the US.

“On the political level, the American president is trying to sell the crown prince to the American public, when Saudi Arabia’s image is really bad,” he said.

“Certainly the crown prince is coming in to pay up at least in part his commitments to the United States in terms of commercial deals and buying arms.”

But at a more strategic level, he said, the visit has more to do with realigning Saudi Arabia and the US against Iran.

Trump was expected to urge MBS to find a solution to the Gulf crisis with Qatar during the White House visit, according to a senior White House official.

The official, speaking on condition of anonymity, said Trump still hoped to hold a summit with Arab Gulf leaders in May.

Saudi Arabia, the UAE, Bahrain and Egypt cut diplomatic and trade ties with Qatar on June 5, 2017, accusing it of supporting “terrorism”.

Qatar rejected the allegations as “baseless”.

The US has repeatedly called on the countries to engage in dialogue.

MBS’s visit is the first by an Arab Gulf leader in a series of bilateral meetings that Trump is scheduled to have over the next couple of months.

MBS will be in the US for about two weeks, meeting politicians and business leaders on a trip designed to “rehabilitate” the kingdom’s image in the country, analysts say.

Last month, Sheikh Mohammed bin Abdulrahman Al Thani, Qatari foreign minister, said that his country would be willing to participate in a US-GCC summit next spring, provided that the blockading countries’ motivation is based on real will and not coercion.

Asked about the summit at a briefing in Washington, DC on Monday, Adel al-Jubeir, Saudi foreign minister, said he was unaware of any specific plans for a summit.

“Qatar is irrelevant,” he said.

The last US-GCC summit was held in May 2017 in the Saudi capital Riyadh, just before the crisis unfolded.

Trump and MBS would also discuss Iran, Russia and possible investments in US companies, among other issues, the White House official said on Monday. 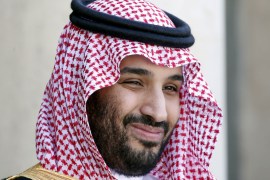 Why Mohammed bin Salman is in the US 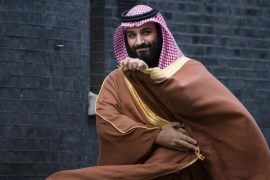 Mohammed bin Salman: Only death can stop me from ruling 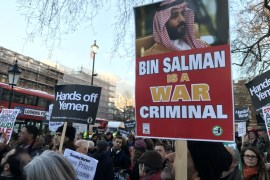