At least 26 people were also wounded in the exchange of fire, which affected Pakistan’s Chappar, Harpal and Charwa sectors, the Pakistani military said in a statement on Friday.

Skirmishes across the Line of Control (LoC), the de-facto border between India and Pakistan, have become increasingly common in the last year, despite a 2003 ceasefire agreement.

The sectors reportedly targeted in the violence, which broke out on Thursday, fall in the Pakistani province of Punjab, parts of which are separated from Indian-administered Kashmir by a separate de-facto border known as the Working Boundary.

Pakistan’s military said a senior officer contacted his Indian counterpart via a telephone hotline to lodge a protest against the violence.

Separately, the Pakistani Ministry of Foreign Affairs summoned the Indian high commissioner to lodge a protest over the violence, according to a statement.

Footage released by the Pakistani military showed several seriously wounded civilians being treated for their injuries. At least one had a leg amputated.

Major-General Azhar Naveed, a senior Pakistani military officer in charge of the country’s border forces in the area, visited the sectors where the violence took place on Friday.

The South Asian neighbours have fought two of their three wars since gaining independence from the British over the disputed Himalayan territory.

India and Pakistan both claim Kashmir in full but administer separate parts of it, divided by the LoC.

LISTEN: When a journalist is arrested in Kashmir

Tensions between them have been especially high since last July, when Indian security forces killed a young Kashmiri separatist commander, prompting months of street protests.

“If India does venture across the LoC, or acts upon its doctrine of ‘limited’ war against Pakistan, it will evoke a strong and matching response,” he said.

Abbasi called for a UN investigation into the Indian security forces’ practices in Kashmir, accusing them of committing “war crimes”.

In a separate meeting with Antonio Guterres, the UN secretary-general, on Thursday, Abbasi sought the appointment of a special UN envoy on the Kashmir conflict. 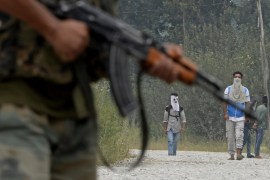 Five-year-old girl was walking outside her house when a lone round struck her in the head. 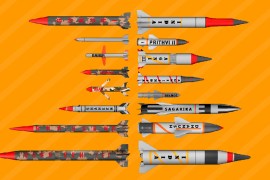 Seventy years after partition, nuclear-powers India and Pakistan are locked in a bitter arms race. But who has what?