Several countries in South Asia have been hit by floods caused by the annual monsoon season, which brings heavy rain from June to September.

This year, the flooding has been worse. More than 1,200 people have been killed in India, Bangladesh and Nepal and hundreds of others have gone missing.

According to the United Nations, the floods, rain and landslides affected about 41 million people and destroyed thousands of acres of crops.

Bangladesh, Nepal and the Indian states of Bihar, Uttar Pradesh, West Bengal and Assam have been severely affected.

In July, the monsoon also caused floods in the southwestern Indian states of Gujarat and Rajasthan. 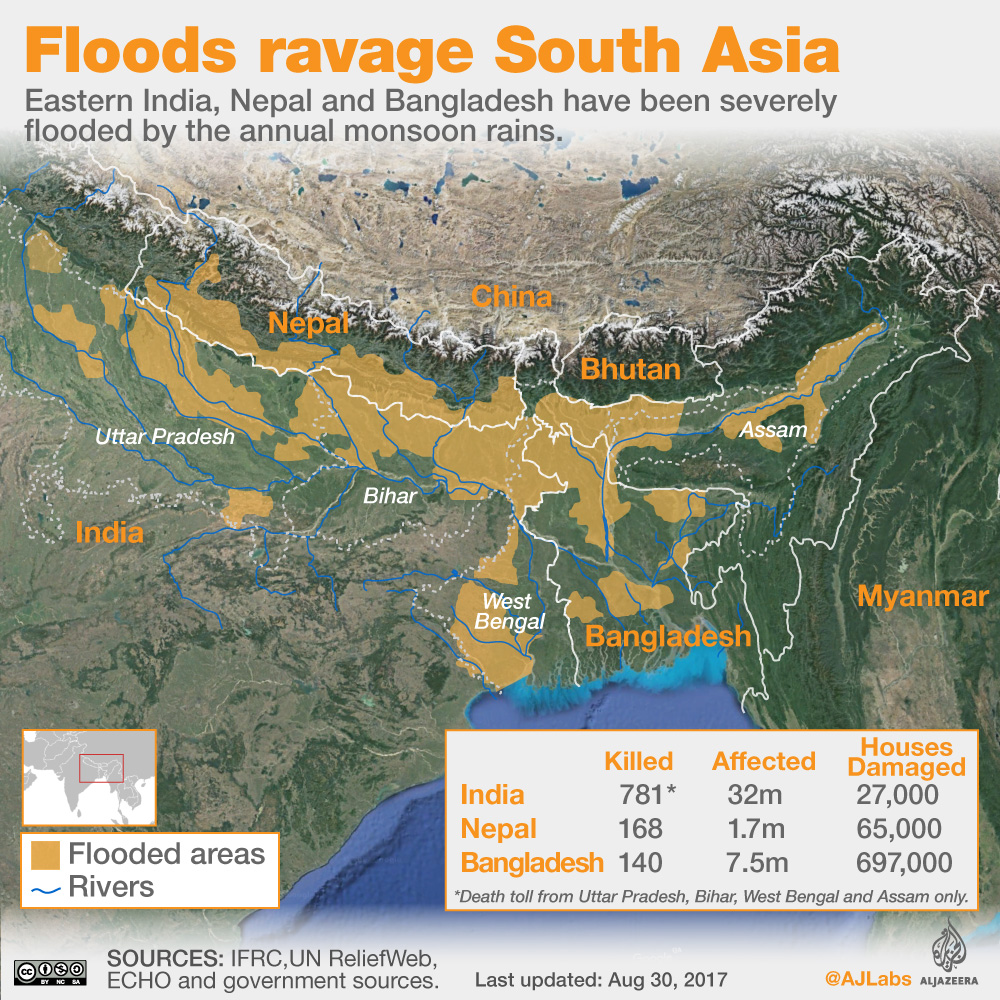 Correction, August 31, 2017: An earlier version of this graphic incorrectly stated the number of people affected in Bangladesh as 1.5 million. The correct figure is 7.5 million, as reflected in this version.