Saudi Arabia plans to open the Arar border crossing with Iraq for the first time since 1990, according to Saudi local news media and officials.

Abdul Aziz al-Shammari, Saudi charge d’affaires in Baghdad, said on Tuesday “the crossing that will open soon will be dedicated to the transportation of goods”.

The Mecca newspaper reported that Saudi and Iraqi officials toured the site on Monday and spoke with Iraqi religious pilgrims, who had access to the crossing only once annually during the Hajj pilgrimage season.

Sohaib al-Rawi, the governor of Iraq’s southwestern Anbar province, whose staff was on hand for the ceremonies, said the Iraqi government had deployed troops to protect the desert route leading to Arar and called its opening a “significant move” to boost ties.

“This is a great start for further future cooperation between Iraq and Saudi Arabia,” said al-Rawi.

The announcement follows a decision by the Saudi cabinet on Monday to establish a joint trade commission with Iraq.

Saudi Arabia and the United Arab Emirates are both currently wooing their northern neighbour in an effort to halt the growing regional influence of archrival Iran.

Sadr’s office said his meeting with Mohammed bin Salman, the Saudi crown prince, resulted in an agreement for Saudi Arabia to donate $10m in aid to the Iraqi government and study possible investments in Shia regions of southern Iraq.

The opening of border crossings for trade was also on a list of goals for the talks published by Sadr’s office.

Sadr commands a large following among the urban poor of Baghdad and southern Iraq and is one of few Iraqi Shia leaders to keep some distance from the Iranian government.

The Saudi-Iraqi rapprochement extends back to 2015 when Saudi Arabia reopened its embassy in Baghdad following a 25-year break.

Adel al-Jubeir, Saudi foreign minister, visited Baghdad in February, and the two countries announced in June they would set up a coordination council to upgrade ties. 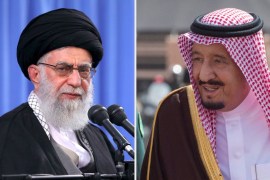 Iraqi PM asked to lead Saudi mediation with Iran, which has welcomed the initiative, according to Iraqi TV station. 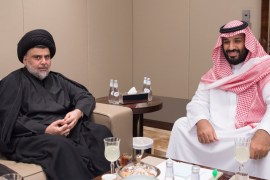