A man has been arrested after he tried to drive a car into a crowd in front of a mosque in the Paris suburb of Creteil, police said.

The 4×4 vehicle “struck pillars and barriers in place to protect the mosque of Creteil”, in the southeast of the capital, before speeding off and crashing into a traffic island, police said. They added that no one was injured in Thursday’s incident which took place around 6:30pm local time (16:30 GMT).

The driver, who was also the owner of the vehicle, fled but was arrested “without incident” at his home shortly afterwards, police added.

An investigation, to be carried out by a regular police department rather than an anti-terrorism unit, would determine if the man could be held accountable for his actions, the statement said.

Police said the motive behind the actions was unclear but Le Parisien newspaper said the man wanted to avenge ISIL-linked attacks in France.

Last week, six people, including two children, were injured when a car ploughed into a crowd of Muslim worshippers as they left a sports centre after offering Eid al-Fitr prayers in the northern English city of Newcastle.

Earlier this month, a man drove a van at Muslim worshippers leaving a mosque in London. He was charged with terrorism-related murder and attempted murder.

One person was killed and at least 10 others wounded in the attack outside Finsbury Park mosque in north London.

The driver was grabbed at the scene by some of the Muslim worshippers and pinned down until police arrived, while others did what they could to help the wounded.

After being seized, the suspect said he had wanted to kill “many Muslim people”, one witness told journalists.

Thursday’s incident in Creteil happened as French religious sites and other public places remain under high security after a string of attacks.

France has been in a state of emergency, which gives sweeping powers to the police, since November 2015, when at least 130 people were killed in coordinated attacks.

The country has suffered several attacks since then, including a truck-ramming assault that killed at least 86 people in Nice last year.

France’s President Emmanuel Macron is seeking to extend the country’s state of emergency until at least November 1, according to a statement from the president’s office.

He has also asked his government to prepare draft legislation to reinforce security measures permanently beyond the state of emergency. 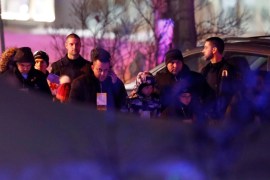 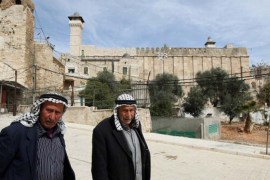