Qatar National Human Rights Committee (NHRC) has called on Doha not to accept a list of demands submitted by four Arab countries, stating that it contains conditions that violate human rights conventions and other international and regional agreements.

“By accepting those demands and conditions, Qatar will be subject to international accountability and violating its commitments regarding human rights conventions,” NHRC said in a statement on Friday.

Saudi Arabia, Egypt, Bahrain, and the United Arab Emirates – which cut ties with Qatar – issued an ultimatum on Friday to Doha to close Al Jazeera, curb ties with Iran, shutter a Turkish military base and pay reparations, among other demands.

The committee stated that some of the conditions in the list of demands amount to gross violations of human rights, such as the right to freedom of opinion and expression, the right to nationality, and the right to asylum.

“The closure of Al Jazeera contradicts all human rights conventions regarding freedom of opinion and expression as well as the protection of journalists, such as the Universal Declaration of Human Rights, the International Covenant on Civil and Political Rights and other instruments issued by UNESCO in addition to the decisions of international human rights conferences,” read the statement.

The NHRC also called for an immediate and unconditional lifting of a blockade imposed by the Saudi-led bloc of countries against Qatar.

“The siege can not be subject to restrictions or conditions because it is in contravention of international agreements and human rights conventions,” the committee said.

“It should, therefore, be lifted immediately and unconditionally.” 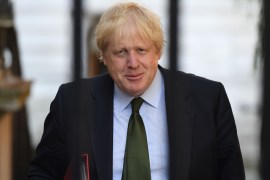 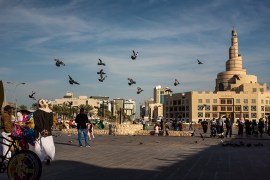