For the almost two million people who live in the Gaza Strip, electricity has become a luxury.

Residents of the besieged enclave receive about four hours of electricity a day, and a recent agreement between the Palestinian Authority and Israel reduces Gaza’s electricity by another 40 percent.

Israel’s power plant, which supplies 125 megawatts, or 30 percent of the total electricity needs of the Gaza Strip, will scale back to at least 40 percent.

The Gaza Strip requires 450 megawatts daily, but currently only receives around 150 megawatts. The reduction in electricity is widely seen as an attempt by President Mahmoud Abbas to cripple the rival Hamas leadership in Gaza.

Gaza’s sole power plant, which supplied 60 megawatts, shut down in April after it ran out of fuel. Prior to its shutdown, the Palestinian Authority removed a tax exemption on diesel fuel, doubling the price as a result. 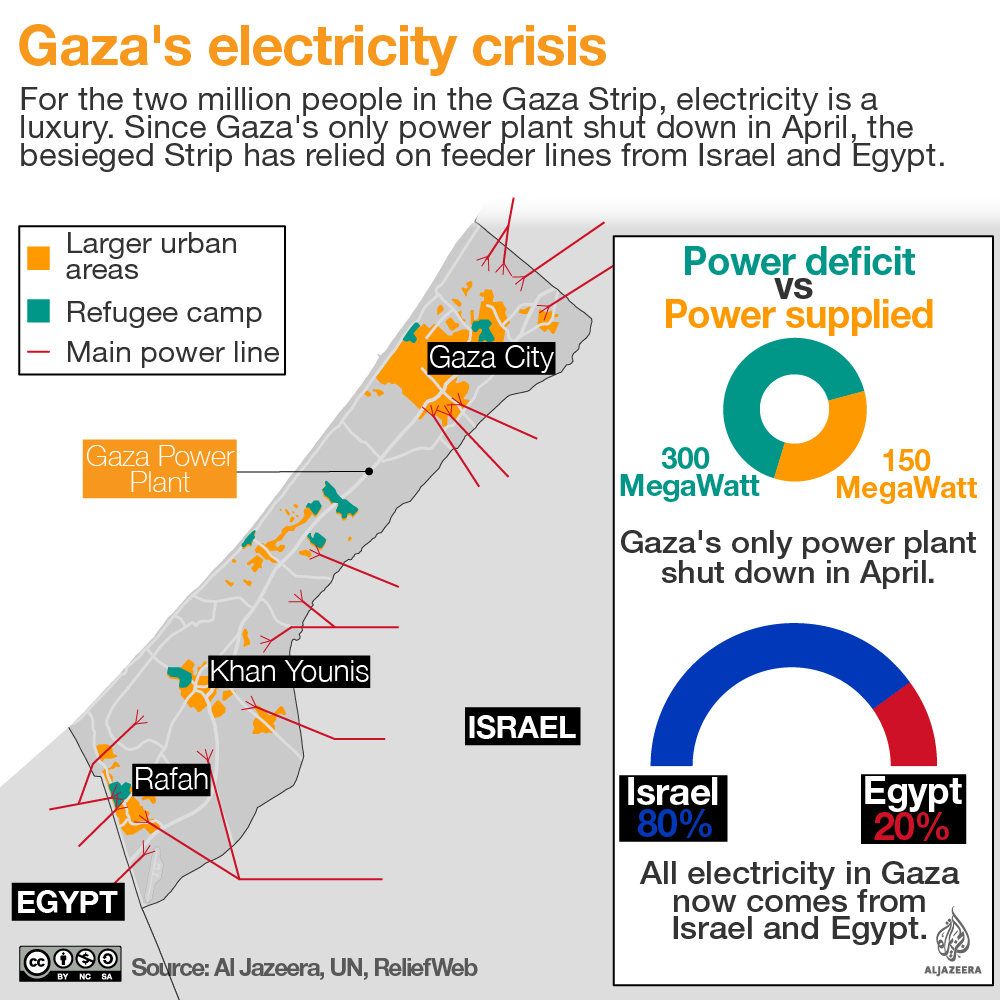