Argentina’s most powerful unions have brought tens of thousands of people to the capital’s streets to protest against government job cuts, the lifting of restrictions on imports and other policies of President Mauricio Macri.

During the march on Tuesday, organised by the CGT Labour Federation and backed by other unions, demonstrators waved banners and white and blue national flags and blocked traffic along the main avenues of Buenos Aires.

Unionists also asked for salary rises to keep up with the high inflation and threatened to stage a nationwide strike in March or April if their demands are not met by Macri’s government.

“We are hearing about layoffs, lack of jobs, difficulty in putting food on the table. We hope the government thinks of the most vulnerable and not only of the rich,” said Daniel Melendez of the Barrios de Pie Organisation, a movement that works in the poorest areas of Buenos Aires.

Thousands of teachers also took to the streets of the capital as part of a two-day national strike demanding a wage increase.

Tens of thousands of state employees have been fired since Macri took office last year, vowing to reduce spending and consumer prices.

Macri says the measures are needed to revive Argentina‘s weak economy, attract investments and end economic distortions under Macri’s predecessor that fanned an inflation rate of around 40 percent, one of the highest in the world.

This year’s congressional elections are seen as key if Macri wants to continue implementing pro-market policies that have been praised by investors abroad.

The government claimed the union demonstration was political, as it happened at the same time that former President Cristina Fernandez de Kirchner appeared in court investigated for corruption.

Political analyst Rosendo Fraga told Al Jazeera that Kirchner continues to have a 25-30 percent approval rating, despite claims of corruption.

“In many areas, people say that with Cristina in power they had a better life. If the government had economic success, this could change,” he said. 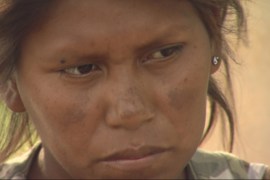 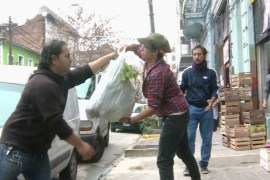 Buenos Aires residents struggle to put food on the table as lifting of energy subsidies prompts jump in consumer prices.