Addis Ababa, Ethiopia – African heads of states have gathered in the Ethiopian capital, Addis Ababa, to elect a new chairman for the African Union Commission.

Five candidates are in the running to replace outgoing leader Dr Nkosazana Dlamini Zuma, the first female to lead the bloc of 54 states, who is not seeking a second term in office after completing her four-year stint.

Security in Addis Ababa, the seat of the AU, has been scaled up as dignitaries and diplomats lobbying for the candidates descend on the city.

The AU was supposed to pick a new leader in July last year but the election was postponed following three rounds of voting after candidates failed to garner the required number of votes. A candidate needs to secure at least a two-thirds majority, 36 votes, to be declared winner.

More than 50 percent of the member states abstained from the second round of voting last year.

The five hopefuls held a televised debate last month to try and persuade undecided countries how to vote and convince the public of their abilities.

The African leaders will also vote on whether to re-admit Morocco into the organisation.

Morocco, the only country on the continent which is not part of AU, applied to rejoin the bloc in July last year.

Rabat withdrew from the union in 1984 to protest against the admission of disputed Western Sahara territories. 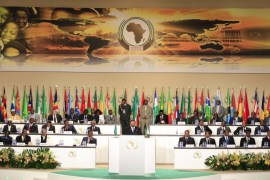 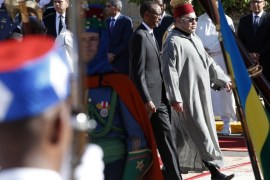