The Philippines’ President-elect Rodrigo Duterte has encouraged the public to go after drug dealers, urging citizens with guns to shoot and kill them.

In a nationally televised speech late on Saturday, Duterte, who will be sworn in on June 30, told a huge crowd in the southern city of Davao that he will offer huge bounties to those who turn in drug lords – dead or alive.

“Please feel free to call us, the police, or do it yourself if you have the gun – you have my support,” Duterte said.

If a drug dealer resists arrest or refuses to be brought to a police station and threatens a citizen with a gun or a knife, “you can kill him”, Duterte said.

“Shoot him and I’ll give you a medal.”

He also said  that drug addicts could not be rehabilitated and warned, “If you are involved in drugs, I will kill you. You son of a whore, I will really kill you.”

Duterte, who won the May 9 vote, based his successful election campaign strategy on a pledge to end crime within three to six months of being elected.

Speaking on Saturday, he reiterated that his anti-crime campaign would be “a bloody war” and would large sums of money for slain drug lords.

He did not say how a private citizen could identify suspects.

The 71-year-old has been previously accused of running vigilante “death squads” during his more than two decades as mayor of Davao, a city of about two million people that he says he has turned into one of the nations safest.

Duterte and other Filipino officials have previously brushed aside warnings from human rights groups about the dangers of “vigilante justice”. 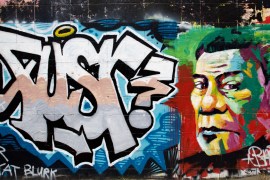 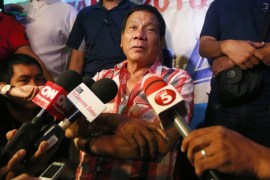