Opposition-controlled institutions in Syria’s Aleppo province have begun to use the Turkish lira instead of the Syrian pound.

The local council of Aleppo said the move would affect the government’s political and economic power.

The decision coincides with plans by Turkey to create a safe area in northern Syria. 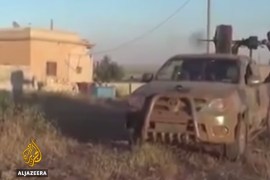