Every day journalists around the world face threats, intimidation and are attacked for doing their jobs.

Some lose their freedom and even their lives in this dangerous profession.

So far in 2015, 44 journalists have died in the line of work. According to Reporters Without Borders, there are currently at least 158 journalists imprisoned around the world.

Dr Elobaid Ahmed Elobaid, the head of the UN’s human rights hub for South West Asia and the Arab region, and Joel Simon, the executive director at the Committee to Protect Journalists, and Irina Bokova, the director-general of UNESCO, also join in the discussion to mark the day. 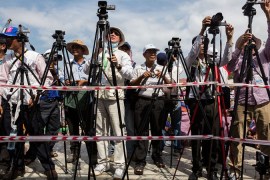 Uncomfortable truths: how free is the press? 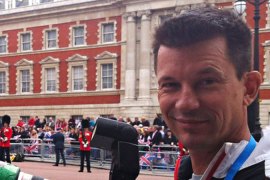 Syria journalists ‘on the margins of history’