New York recorded its hottest November 6 in nearly 70 years on Friday, with a reading of 23C in Central Park in Manhattan.

The previous record for such a high temperature on this date was set in 1948, according to the National Weather Service. People were seen wandering around the US city eating ice cream, in November!

Skaters attempted to slide gracefully on the open-air ice rink in Bryant Park, which opened last Friday at the onset of the fall-winter season.

Unfortunately, the surface had turned to water, causing much slipping and falling.

At La Guardia Airport, one of the airports that serves New York, the mercury rose to 25C, thrashing the previous record of 21C, also set in 1948.

Much of the eastern side of the US has been bathed in unusual autumn warmth recently, with temperatures in the 20s and 30s Celsius from Texas to Michigan and east to New Hampshire.

All-time highs for November were noted on Wednesday in states that are far apart.

Flint, Michigan soared to 27C and Tampa in Florida to 33C. Traverse City, Michigan, has just registered its warmest November night on record.

Most of Florida has seen a solid week of record or near record heat.

In Tallahassee, the state capital, the first four days of November were a full two degrees warmer than any other four-day November stretch in the city’s history.

At the tail end of the Florida Keys, in Key West, the 27C readings after dark on Sunday and Monday, were the warmest November nights ever observed. Record keeping in the Florida Keys began in 1872.

It is all about to come to an end as a front of colder air is on its way across all eastern states and will drop temperatures considerably. Florida, however, will probably stay in the warmth. 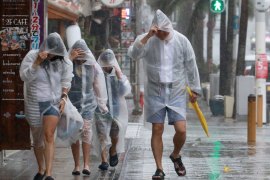 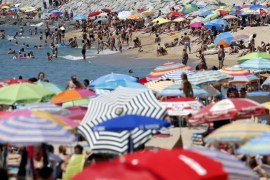 Record-breaking and deadly stretches of heat are being recorded across the world, and more are developing. 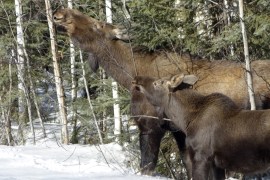 The state with the Arctic Circle running through it is warmer than most of the US.