Saudi female candidates running for municipal councils have begun campaigning in elections, marking the first time women are allowed to vote and contest polls in the kingdom.

Around 865 women are among 6,140 Saudis standing in the local elections due to be held on December 12, according to official figures.

Two thirds of seats at the kingdom’s 284 councils are up for grabs.

The other third of members will be appointed by the government.

Women’s participation in the polls, the third of their kind in the oil-rich Gulf country, was decreed in 2011 by the-then King Abdullah.

The monarch, who died in January, had also ordered that 20 per cent of members of the kingdom’s quasi-parliament, the Shura Council, be females.

Women standing for municipal councils are prohibited from holding rallies attended by men, an electoral official said on Sunday.

“The female candidate can only communicate with the electorate via a TV circuit,” spokesman for the official election commission Jadeeh al-Qahtani said in a tweet.

“A spokesman for her can communicate with men on her behalf.”

Contenders from both sexes are also barred from displaying their pictures in public during the 12-day campaigning.

The restrictions are expected to prompt contestants, mainly women, to rely on social media to reach potential voters.

Aljazi al-Hossaini, a candidate in the capital, said she had hoped to set up a campaign tent in Riyadh’s Diriyah area.

“When I asked the man to give permission for his land … he refused,” she told the AFP news agency.

In the Red Sea city of Jeddah, Sameera Abdullah al-Shamat was also relying on Twitter, Instagram and other internet forums widely used in the kingdom.

“My daughter and two sons are running my campaign,” said Shamat, a charity worker.

The country’s first municipal elections were held in 2005, followed by another vote in 2011. In both cases, only men were allowed to participate.

From government institutions to banks, the sexes are strictly segregated in the kingdom.

“We will vote for the women even though we don’t know anything about them,” Um Fawaz, a teacher in her 20s, said in Hafr al-Batin city.

“It’s enough that they are women,” she said.

The country’s registered voters are estimated at 1.5 million, including 136,000 women.

Despite the growing female representation on government bodies, activists complain that women still required to use a male guardian to transact official business.

Women are also banned from driving in Saudi Arabia.

One activist said she was disqualified for running in the poll.

“I’ve been eliminated as a candidate for the municipal elections,” Loujain Hathloul said in a tweet. “I will be filing my objection via the appropriate channels.”

Saudi authorities detained Hathloul for more than two months after she tried to drive into the kingdom last December from the United Arab Emirates, in defiance of the Saudi ban on female motorists. 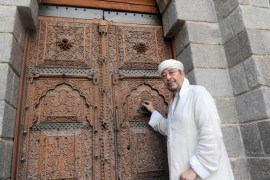 The man who dreams of old Mecca

Saudi Architect Sami Angawi is still searching for the sanctity of his hometown, Mecca, the holy city that underwent massive changes over the past decades. 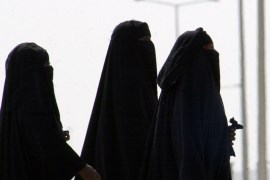