Kurdish forces now control at least 90 percent of the fiercely-contested Syrian city of Kobane after recapturing several key areas from the Islamic State of Iraq and the Levant (ISIL), the Syrian Observatory for Human Rights has said.

What the Observatory, a Britain-based activist group, described as reliable sources said the Kurdish People’s Protection Units (YPG) group, had pushed ISIL back towards the eastern strip at the outskirts of the city.

I think in the next few hours or the next couple of days, we will announce officially the liberation of Kobane.

Anwar Muslim , Head of the Executive Council of Kobane in Syria

Sources told the monitoring group that ISIL had sent a brigade of 140 members to try to repel the attack – the majority of them under the age of 18 and newly-recruited.

Anwar Muslim, the head of the Executive Council of Kobane in Syria, told Al Jazeera in an interview that two streets remain under ISIL occupation.

“Kobane has been liberated but two streets are still under ISIL occupation in the district of Kanya Kordan, I think in the next few hours or the next couple of days, we will announce officially the liberation of Kobane.

Muslim added that most of ISIL leaders in Kobane have been killed.

“All the leaders fighting with Abu Omar al-Chechen have been killed and we have their bodies, they are from Chechnya, Saudi, Canada and France”.

“We have enough fighters and the most important thing is that the morale is high but we are short on weapons and we are checking weapons caches taken from ISIL,” he added.

Syrian Kurdish YPG forces, who have been often backed up by Iraqi Kurdish forces known as peshmerga, are still battling ISIL on the eastern outskirts of the town, the Observatory said.

It added that the YPG was proceeding carefully because ISIL fighters had planted mines before fleeing the town.

“Our forces are making progress but until now the YPG has not declared that is has taken all of Kobani back. We think tomorrow Kobani will be free,” Kobani official Idris Nassan told the Reuters news agency by telephone.

Al Jazeera’s Bernard Smith, who has reported extensively on the battle for the city, said there were reports that ISIL fighters were withdrawing their heavy weaponry from the town.

“We understand that, at a minimum, Syrian Kurds have got back in control of most of Kobane town,” Smith said.

“Snipers remained on a few buildings in the town. But we’re hearing even that even those buildings are now in the control of Kurdish forces.”

A US-led coalition has backed the YPG, and other groups fighting ISIL in Kobane, with air strikes on ISIL’s strategic bases. The coalition began its operations in Iraq last August and in Syria in September. It has carried out at least 2,000 air strikes.

ISIL has seized large swathes of land in both Syria and Iraq, and battles several groups, including Syrian government forces. 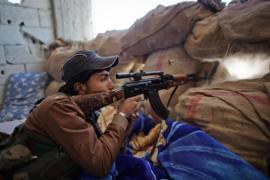 At least 50 fighters killed in the past 24 hours in fighting and US-led air strikes, rights group says. 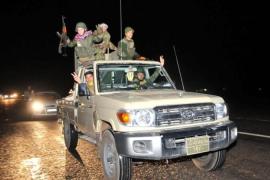 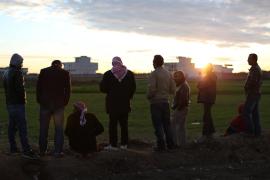 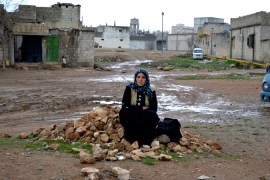 Inside Kobane: United against ISIL

Kobane’s remaining civilians explain why they chose to stay behind despite the risks.