Turkey was braced for a third day of anti-government demonstrations following two days of battles between police and protesters, with unrest spreading to 48 cities.

Riot police pulled back on Saturday after being accused of heavyhanded tactics, but there were fresh clashes near the offices of the Turkish prime minister, Recep Tayyip Erdogan in the capital Ankara.

Riot police with electric shock batons chased stone-throwing demonstrators into side streets and shops in the Kizilay district.

There were also protests in the Aegean coastal city Izmir.

During the day, crowds of protesters in Istanbul chanting “shoulder to shoulder against fascism” and “government resign” marched on Taksim Square in one of the largest demonstrations against Erdogan’s government.

Clashes also raged on during the night, with thousands marching through Turkey’s largest city against the ruling Justice and Development Party (AKP).

What began as disquiet over a development project in Istanbul has escalated into widespread anger against what critics say is the government’s increasingly conservative and authoritarian agenda.

They cite the restrictions on alcohol and warnings against public displays of affection.

As night fell on Saturday, broken glass, rocks and an overturned car littered Istanbul’s Taksim Square, where hundreds were injured in clashes the day before.

Muammer Guler, the interior minister, said police had detained 939 protesters in over 90 demonstrations in 48 cities, adding that some of them were released after being interviewed.

He said 53 civilians and 26 police were injured. One of the injured civilians was in intensive care unit at an Istanbul hospital..

The Istanbul protest began last Monday as a peaceful sit-in at Gezi Park across Taksim Square. The demonstrators had been preventing workers from razing some of the 600 trees in the park, the last patch of green in the commercial area, to make way for the restoration of Ottoman-era military barracks.

Residents fear that the barracks will be turned into a shopping centre.

The demonstration soon took a violent turn, with police shooting tear gas at the protesters.

Earlier on Saturday, thousands of protesters in Istanbul celebrated a victory as police withdrew from Taksim Square.

But he admitted that police officers used “excessive force” against demonstrators and said it would be investigated.

“It is true police used excessive force and this is not acceptable,” he said.

“We cannot accept this because we have been trying to democratise this country.”

Erdogan also admitted on Saturday there may have been some cases of “extreme” police action.

“I call on the protesters to stop their demonstrations immediately,” he said in a televised address.

“It is true that there have been some mistakes, extremism in police response.”

Erdogan, however, remained defiant, pledging to push forward with the plans to redevelop Taksim Square.

“Every four years we hold elections and this nation makes its choice.

Erdogan said the redevelopment of Gezi Park was being used as an excuse for the unrest and warned the main opposition Republican People’s Party (CHP), which had been given permission to hold a rally in Istanbul, against stirring tensions.

Both the UK and US called on Turkey’s government to exercise restraint. 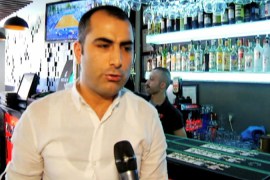 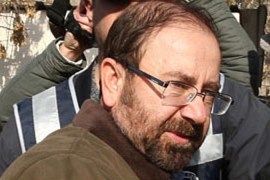