Ethiopia and Egypt have agreed to hold further talks on the impact of a huge Ethiopian dam project to quell tensions between the two countries over water-sharing.

“We agreed that we will start immediately on consultations at both the technical level… and the political level,” Egyptian Foreign Minister Mohamed Kamel Amr told reporters after meeting in Addis Ababa with his Ethiopian counterpart Tedros Adhanom on Tuesday.

The countries have been embroiled in a heated dispute after Ethiopia began diverting the Blue Nile River last month for the construction of the 6,000 megawatt Grand Renaissance Dam.

The Egyptian President Mohamed Morsi had said earlier that “all options are open” over construction of the dam because of concerns about the impact on downstream water levels.

But Amr and Tedros said relations between the two countries remained “brotherly” and that they would continue engaging on the impact of the dam.

Amr said previous statements had been made “in the heat of the moment”.

“Both ministers stressed the need to continue the dialogue and communication with each other,” they said in a joint statement.

We have two options, either to swim or sink together. I think Ethiopia chooses, and so does Egypt, to swim together.

“We have two options, either to swim or sink together. I think Ethiopia chooses, and so does Egypt, to swim together,” Tedros said.

An international panel has issued a report outlining the dam’s impact on water levels.

The report has not been made public, but Ethiopia has said the report confirms that the impact on water levels are minimal.

About 86 percent of Nile water flowing to Egypt originates from the Blue
Nile out of Ethiopia, and Cairo has said the construction of the dam is a
security concern.

Ethiopia is building the $4.2bn Grand Renaissance Dam in order to generate electricity for export to neighbouring countries, including Kenya and Djibouti.

The Blue Nile joins the White Nile in the Sudanese capital Khartoum to form the Nile, which then flows through Egypt.

Politics over Nile waters are complex, with its basin including 11 countries with the river travelling about 6,695 km from headwaters in Rwanda and Burundi to the Mediterranean, according to the regional Nile Basin Initiative (NBI).

Ministers from the 10-nation NBI are due to meet on Thursday in the South Sudanese capital Juba for annual talks “on the status of the Nile cooperation and how to move it forward”, according to a statement from the organisation. 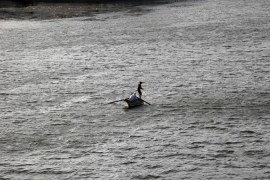 Why a ‘water war’ over the Nile River won’t happen

Instead of issuing harsh rhetoric, Egypt should work together with Ethiopia and endorse its dam-building programme. 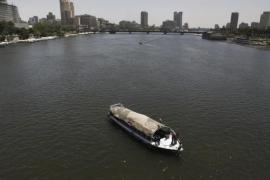 Foreign ministry says it is not intimidated by Egypt’s “psychological warfare” and dam project will proceed.