Hundreds of press-freedom advocates have gathered outside the offices of a liberal Chinese newspaper at the centre of a censorship row to call for media freedom in China.

The protesters gathered outside the office of Southern Weekly in Guangzhou, capital of southern Guangdong province, on Monday calling for media freedom, a taboo subject in the country, holding banners and chanting slogans.

“We want press freedom, constitutionalism and democracy,” read one of the banners at the protests.

An open letter from staff and interns at the newspaper last week called for the resignation of Tuo Zhen, a provincial ‘propaganda’ official after a new year editorial piece calling for guaranteed constitutional rights was changed to one that mirrored the views of the Communist Party.

“The Nanfang [Southern] Media Group is relatively willing to speak the truth in China so we need to stand up for its courage and support it now,” Ao Jiayang, an NGO worker attending the protest, said.

“We hope that through this we can fight for media freedom in China,” Ao said. “Today’s turnout reflects that more and more people in China have a civic consciousness.”

Another letter released last week and signed by prominent academics from across China, called for the removal of Tuo and more press freedoms as well.

A foreign ministry spokesperson in Beijing is reported to have said: “There is no so-called news censorship in China.”

Last week, China shut down the website of a pro-reform magazine for running an article calling for political reform and constitutional government. 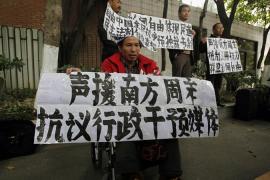 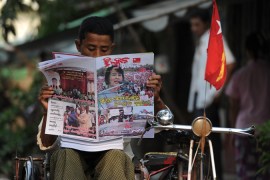 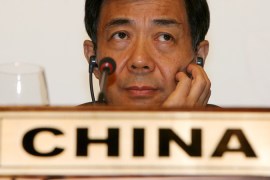 We examine a scandal that has seen the single voice of the Chinese state compete with a cacophony of online voices.