Nigerian President Goodluck Jonathan has sacked the chief of police and his six deputies, a week after the main suspect in a Christmas Day bomb attack escaped from police custody.

Jonathan has been heavily criticised for not getting a grip on near daily violence carried out by radical Islamist group Boko Haram, and his opponents have been calling for a shake-up of the security services.

Boko Haram killed more than 500 people last year, and more than 250 in the first weeks of 2012 in gun and bomb attacks.

Jonathan has said members of the armed group have infiltrated the security services and all areas of government.

“President Goodluck Ebele Jonathan has approved the appointment of Mr Mohammed Abubakar as Acting Inspector General of Police as a first step towards the comprehensive reorganisation and repositioning of the Nigeria Police Force,” a presidency statement said on Wednesday.

“Mr Abubakar who is currently an Assistant Inspector General of Police replaces Mr Hafiz Ringim who proceeds on terminal leave with effect from today.”

Abubaker, 53, has been in the police since 1979. Like Ringim, he is a Muslim from the north of Africa’s most populous nation, where Boko Haram’s violence has mostly been carried out.

Jonathan is a Christian from the southern oil-producing Niger Delta.

All six of Ringim’s deputy inspectors had been approved for immediate retirement and a committee has been set-up to oversee the reorganisation of the police, the statement said.

The committee’s goals included: “To determine the general and specific causes of the collapse of public confidence in the police and recommend ways of restoring public trust in the institution … examine records of performance of officers of the Nigeria Police Force with a view to identifying those that can no longer fit into the system.”

Police arrested Kabiru Sokoto on January 14 in connection with a December 25 bombing.

While they were taking him from police headquarters to his house in Abaji, outside Abuja, to conduct a search there, their vehicle came under fire and he escaped.

Security sources said it was a “dangerous and suspicious” way to handle a suspect.

Boko Haram claimed responsibility for the bombing of St Theresa Catholic Church in Madalla, on the outskirts of Abuja, which killed 37 people and wounded 57, the deadliest of a series of a attacks during the Christmas period.

Boko Haram, which in the Hausa language of northern Nigeria means “Western education is sinful”, is loosely modelled on the Taliban movement in Afghanistan.

It became active around 2003 and is concentrated mainly in the northern Nigerian states.

Nigeria’s population of more than 160 million people is roughly split between a largely Muslim north and a predominantly Christian south. 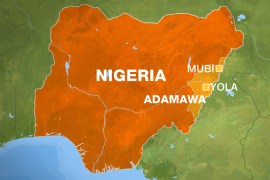 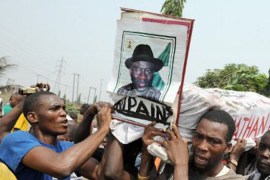