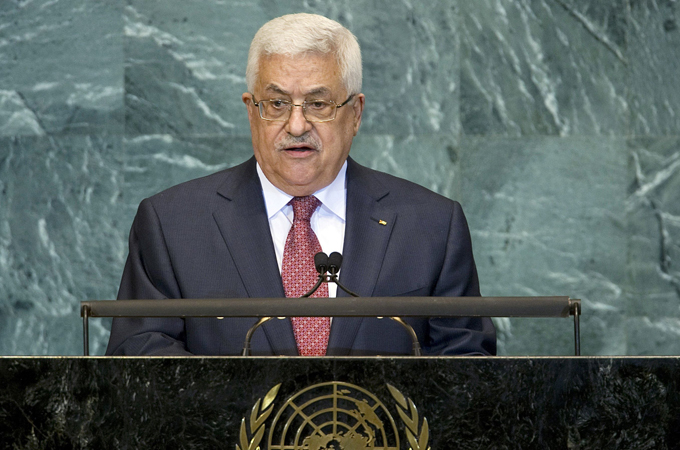 The Palestinian Authority will likely be upgraded to “non-member observer state” status, on par with the Vatican [AFP]

Palestinian President Mahmoud Abbas has said he will request recognition of a fully-fledged state at the United Nations when he goes to the world body next week, defying fierce opposition from Israel and the US.

Here are some of the reasons behind the push, as well as possible consequences:

What status do the Palestinians currently have at the UN?

The Palestine Liberation Organisation (PLO) currently has observer status at the UN, which allows PLO representatives to attend meetings and deliver speeches, but not to vote on resolutions or other substantive matters.

Why do the Palestinians want to “go to the UN” in September?

Abbas says 20 years of US-led peace talks have gotten nowhere and wants a vote in the United Nations to bestow the Palestinians with the cherished mantle of statehood. However, he recognises that negotiations with Israel will still be needed to establish a properly functioning state.

Justifying the move, the Palestinians point to the success of a Western-backed, two-year plan to build institutions ready for statehood, which they say is now finished.

How does the UN admit new member states?

Countries seeking to join the United Nations usually present an application to the UN secretary-general, who passes it to the Security Council to assess and vote on. If the 15-nation council approves the membership request, it is passed to the General Assembly for approval.

A membership request needs a two-thirds majority, or 129 votes, for approval. A country cannot join the United Nations unless both the Security Council and General Assembly approve its application.

Could the Palestinians actually join the UN?

In theory, yes. But Washington has made clear it would veto such a request, meaning it has no chance of success. Even if the Palestinians secured a two-thirds majority of votes in the General Assembly, there is no getting around the need for prior approval of the Security Council.

Is “non-member state” status an option?

In addition to applying to become a full UN member state, the Palestinians could also seek upgraded observer status as a non-member state.

Only one other state – the Vatican – currently holds this status, though Switzerland did until it became a full UN member in 2002. Such status, UN envoys say, could be interpreted as implicit UN recognition of Palestinian statehood because the assembly would be acknowledging that the Palestinians control an actual state.

The advantage of this option is that it would require only a simple majority of the 193-nation General Assembly, not a two-thirds majority. Abbas said on Friday that more than 126 states already recognise the state of Palestine, meaning he could probably win such a vote with ease.

Why do the Palestinians want recognition on the 1967 lines?

The Palestinian Authority (PA) says placing their state firmly in the context of territory seized by Israel in the 1967 war will provide clear terms of reference and will mean Israel could no longer call the land “disputed”. Instead, it will make clear it is “occupied”.

Besides granting them the all-important title “state”, diplomats say it might enable the Palestinians to join the International Criminal Court, from which it could pursue legal cases against Israel over the partial blockade of Gaza or regarding the settlements.

Israel fears this will in turn enable Palestinians to start legal proceedings at the ICC against some 500,000 Israelis who live in East Jerusalem and the West Bank.

What are the practical consequences of the vote?

The idea of the United Nations “recognising” Palestine is perhaps a bit misleading, because the UN does not recognise countries – individual states do. More than 120 countries have already recognised the state of Palestine.

Yet UN recognition would certainly be a symbolic victory – as Palestinian Prime Minister Salam Fayyad has described it – cementing the idea that a Palestinian state exists.

In practice, the impact of the vote – particularly in the short-term – will be limited. A “yes” vote at the UN will neither end the occupation nor give Palestinians full control over their state – borders, airspace, etc.

What are the potential disadvantages to the Palestinians?

Israel could decide to counter sue the Palestinians at the ICC over missiles fired at it out of Gaza, which is run by Hamas.

Some critics have warned of legal consequences for the Palestinians themselves, arguing the move could jeopardize the rights of refugees and the status of the Palestine Liberation Organisation (PLO).

Others have dismissed the argument that Palestine’s UN mission represents only those Palestinians living within the state of Palestine. But those in the diaspora, which in theory has a voice through the PA, could be left without representation.

If the UN vote does not change things on the ground in the Palestinian territories, the standing of the Palestinian leadership could be further undermined when the dust settles.

Some Israelis have warned disappointment could fuel anti-Israeli violence and even spark a new Intifada. PA officials have dismissed that prospect.

Are there other possible negative consequences?

Israeli officials have suggested a range of possible measures, including limiting travel privileges for Palestinian leaders seeking to exit the West Bank, halting the transfer of crucial tax revenues to the Palestinians and even annexing West Bank settlement blocs to try to sidestep ICC legal action.

Some US officials have warned that they might cut their annual aid to the Palestinian Authority, which runs to some $450m – more than 10 per cent of the PA’s annual budget.

It is far from clear if they will enact these threats. Depriving the PA of funds, for example, would rapidly push it to financial collapse, which would provoke instability.

In the case of bankruptcy, some leading Palestinians argue that the PA should hand over the keys of the big West Bank cities to Israel and tell it to pay for the ongoing occupation.