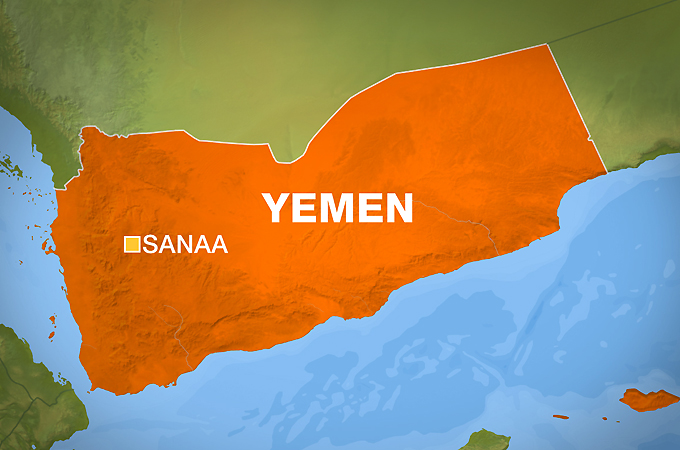 The modern-day Republic of Yemen was founded in 1990, the merger of North Yemen (officially the Yemen Arab Republic) and South Yemen (officially the People’s Democratic Republic of Yemen). The north became a republic in 1962; the south was controlled until 1967 by the British, who valued it for the port of Aden, and then adopted a Communist government that lasted for two decades.

Yemen is in theory a democracy, the only one on the Arabian Peninsula, but in practice its politics have been dominated for decades by one man: president Ali Abdullah Saleh. Saleh has ruled the unified country since its formation in 1990; before that, he served for 12 years as the president of North Yemen.

Profiles of Saleh often cite a 1978 estimate from the US Central Intelligence Agency, which predicted he would not last six months in office. He has proven to be a canny political survivor, though, manipulating Yemen’s tribal system to preserve his grip on power.

His General People’s Congress is by far the country’s largest: It controls four-fifths of the legislature. The Islah (Reform) party, a coalition of tribal and Islamist elements, is the main opposition party.

The parties, though, play a minimally important role in Yemen’s political life. Far more significant are the country’s tribes, which are loosely organised into a series of tribal confederations. The largest is the Baqil, largely concentrated in the north; the most politically significant is the Hashed (the country’s second-largest), of which Saleh himself is a member.

Tribal loyalties tend to be fluid, with sheikhs pledging their loyalty to the highest bidder. Saleh has thus established himself as the head of a nationwide patronage network, doling out money and rewards to loyal tribes.

Saleh has faced two ongoing challenges to his rule. One comes from the Southern Movement, a secessionist group in the south – a region which has long complained of neglect from the northern-dominated government. The other is from the Houthis, a Shia sect in northern Yemen with a complicated set of political, economic and ideological grievances. The Huthis have fought an on-again, off-again civil war with Sanaa since 2004.

Yemen is an oil-producing state, like many of its Gulf neighbours, but its economy bears little resemblance to the prosperous countries next door.

Its per capita GDP is just $2,600, compared with $24,200 in Saudi Arabia and $25,800 in Oman. 45 per cent of the population lives below the official poverty line; one-third of the country suffers from malnutrition, according to United Nations figures.

Official statistics suggest that one-third of the country is unemployed, and joblessness is particularly acute among young people: In the southern city of Aden, for example, the government statistics office reports that 40 per cent of people between 20 and 24 years old are unemployed.

Government revenues come mostly from oil revenues, but declining production threatens to create big budget deficits in the coming years. Yemen’s oil production hit a peak in 2001, when the country produced 450,000 barrels per day. Production has now slipped to roughly 300,000 barrels per day, and the country’s reserves are expected to run out completely within the next decade.

Agriculture remains the other pillar of Yemen’s economy, accounting for more than half the country’s jobs. But Yemen is close to running out of another precious resource – water – a looming crisis which could render large parts of the country unfit for farming. Sanaa, the capital, could run dry within the next two decades.

Millions of Yemenis used to work in neighbouring Saudi Arabia, and their remittances were a valuable source of revenue for the impoverished state. But Saudi Arabia expelled those guest workers in 1990 to punish Yemen for supporting Saddam Hussein during the Gulf War. Many Yemenis now cross the border illegally to find work.

Yemen’s relationship with the West has been defined in recent years almost exclusively through the prism of terrorism. The country is known as the site of the 2000 USS Cole bombing, or the origin of the failed 2009 Christmas Day bombing plot.

Saleh has tried to position himself as an ally to the “war on terror,” and in return has received tens of millions of dollars in aid from the United States and Europe.

Yemen has also historically had a hostile relationship with Saudi Arabia, its neighbour to the north. Saudi forces tried to conquer Yemen in the early 20th century, and tried to restore the country’s monarchy after it was overthrown in 1962. It switched its position after the south adopted Communism in 1970, though, providing economic and military aid to the north as a way to undermine the south.